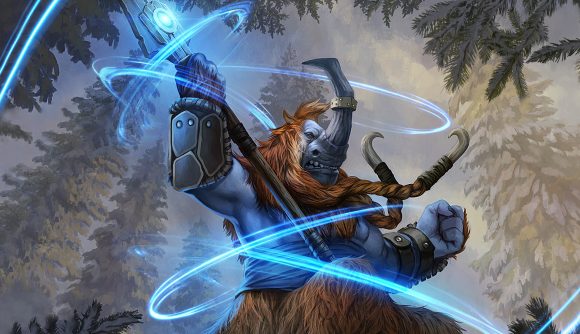 December 12, 2018 Not two weeks after launch, Artifact’s player count has plummeted, posting a 24-hour peak almost 80% below its all-time peak.

According to SteamCharts, Artifact’s 24-hour peak concurrent players over the last day was 12,475. That’s just over 20% the size of its all-time peak of 60,740, posted less than two weeks ago on November 29, one day after its launch. Its current numbers mean it has fallen from fourth place on Steam to 32nd, with easily the most consistent decline among games of comparable size. Artifact’s nadir was yesterday, when concurrents briefly dropped as low as 5,708. SteamDB’s data indicates a similar pattern.

It’s a troubling start for a game that everyone seems to agree is well-designed and compelling at its core, but which lacks an equally compelling long-term progression system and has divided players with its monetisation model.

These were the key issues we identified in our Artifact review, although as Ali points out, Valve has always been clear that Artifact’s monetisation will use the Steam market and emulate trading card games, so we were never promised anything comparable to Hearthstone.

You can check out the numbers for yourself on SteamCharts and SteamDB.

Valve may yet be able to arrest the downward trend. An update this week will add colourblind options and social features, including support for Steam chat, blocking, and making your cards speak. But it’ll likely take more than this to get Artifact to where Valve would like it to be. Although the developer has repeatedly insisted that the current monetisation/trading model is integral to the game, if current trends continue, it surely can’t be long before Valve considers some desperate measures.

You can find out more in our Artifact review, how to play Artifact guide, and check out some recommendations for the best cheap deck builds for beginners. Or, if you’d prefer to theorycraft your own decks, have a read of all the Artifact cards available. Artifact’s eventual cost for those who hope to remain competitive remains the biggest question for the game’s health, and building some bargain decks might just help you along.