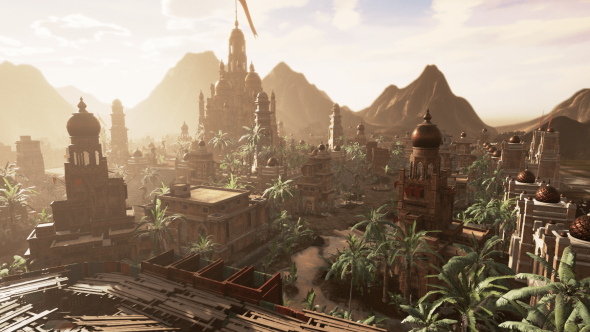 Intrepid Studios has begun construction of its new office in San Diego – 17,000 square feet dedicated to MMO development. The team will need it: they’re planning to fill the floor with 100 hires, the latest round of which includes talent from nearby H1Z1 developer Daybreak Games. That’s in addition to the art team in Malaysia working on in-game assets for Intrepid’s first game, Ashes of Creation.

“There are actually seven new hires that we’ve brought on board over the past month, and then there are another 21 positions that we’re going to try to fill over the next three months,” creative director Steven Sharif tells us. “Our plan before the end of the year is to have a total of 200 on the project.”

Could Ashes of Creation become one of the best MMOs on PC?

All of which begs the question: sorry, who are you? And how on Earth are you funding all of this?

The second part is simplest to answer – Steven Sharif. The vast majority of the project has been paid for personally by the CEO. That’s thanks to his involvement with XanGo, a network marketing company that sold fruit juice and vitamins to the tune of a billion dollars in less than four years.

“When I was 24 I started getting involved in investing in real estate,” he says. “By the time I was 28 years old I had pretty much retired and just put my money to work.” 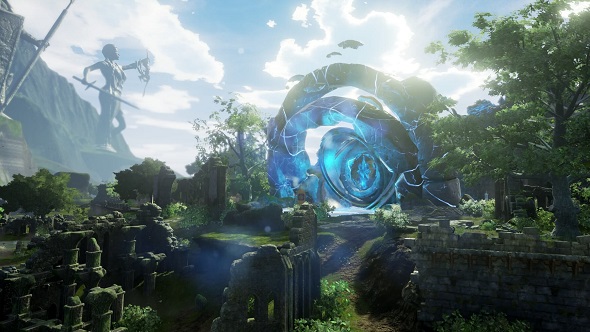 One Californian dream, to give up work in your 20s, has given way to another – making an MMO. But Ashes of Creation is no vanity project. In June last year, 19,576 Kickstarter backers pledged $3,271,809 to make the game happen. Not a dollar of Sharif’s fortune has been spent on advertising, yet over the past year and four months 500,000 people have registered on the MMO’s site, and 40,000 have bought into its alphas and betas.

Clearly, Ashes of Creation’s premise has struck a chord that’s gone long unplayed in the MMO community. It will balance curated quests with sandbox mechanics that leave the development of the world to its players. The cities, trade routes, and wars in its land will be catalysed by their actions, not pre-baked into the map.

“I think what excites MMORPG players that get in this early isn’t the visuals but rather the systems, the ideas behind the game,” Sharif says. “Generally, because MMOs tend to be such a large endeavour they are the most risky. It stifles innovation and doesn’t really allow for the genre to take new directions. You typically get these studios that have publishers who say, ‘Make us the next WoW’.”

Intrepid’s financial independence allows the studio to take a very different tack. Sharif’s design depends on what he calls his node system. As you begin to move through Ashes of Creation’s world, discrete areas register your actions: killing monsters, taking on local quests, harvesting and crafting. While you’re gaining experience from these conventional MMO activities, the node is growing too, levelling up in stages.

The first stage turns a node into a small camp, where you might see merchants and their caravans start to spawn in real-time. Camps trigger new area quests, bringing in yet more players, who in turn add more experience to the node. The busiest areas in the game will turn from camps into towns and then grand cities, completely organically.

“There can only be five metropolises on a server at any given time,” Sharif points out.

As the nodes advance they unlock organisations, religions, and governments, becoming central hubs for the game. But they’re vulnerable, too. 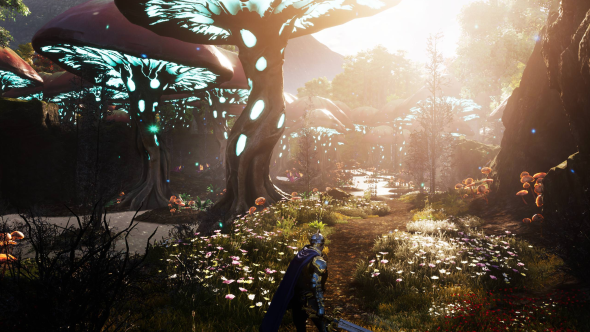 “Players do and will attack because there’s a scarcity of citizenship that’s allowed across the different nodes,” Sharif explains. “That creates a competitive advantage for those people who are citizens of a node in that area.”

Once a node hits level three and becomes a village, bosses emerge from their dungeons to investigate, killing off NPCs and flattening buildings unless players manage to defend them. And as the game’s development progresses through alpha, Intrepid will implement natural hazards… like volcanoes.

This dynamic world growth should ensure that, pretty quickly, no two servers will look the same. In one, a volcano may never erupt; in another, a terrible winter could last five cycles. And, at all times, a handful of players could step in to influence the outcome. 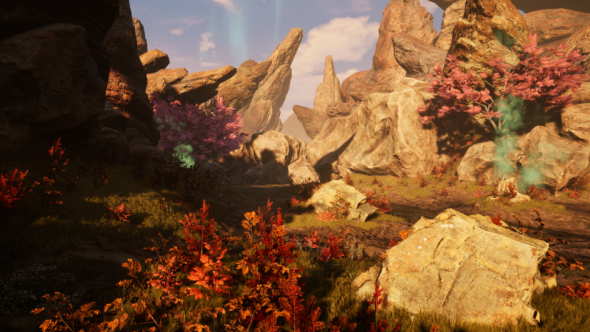 Much of Ashes of Creation’s most exciting content will sit unseen at launch, waiting to be triggered by the players milling around in its world. To have so many systems dependent on players engaging with them feels like a risk – but the ability to take risks in the MMO genre is exactly what Sharif is paying for.

“One of the luxuries of your own development is you don’t have a publisher to answer to,” he says. “You’re capable of trying the things that interest you. My first MMO was Neverwinter Online on AOL. I was seven years old at the time. The thing about those systems, concepts, and ideas that were implemented then – they could be considered risky.”

In the many years since Neverwinter Online came out in 1991 its ideas have become the norm in a stagnant genre. It’s the goal of Intrepid Studios to burn it all down, and from the ashes build something with that same pioneering spirit.