Ashes of Creation, as well as having a vastly more romantic title than most games these days, is an upcoming MMORPG. You may have heard of or even played its standalone prequel and battle royale spin-off, Ashes of Creation: Apocalypse (a subtitle which somewhat undercuts the romance with an air of menace). We’ve been speaking to Steven Sharif, the CEO and creative director of developer Intrepid Studios, to find out what makes its new title tick.

Before the game went into full production it had a phenomenally successful Kickstarter, so it’s best to start there. “The Kickstarter was an experience of a lifetime for everyone here at Intrepid Studios,” says Sharif. “It validated our vision and direction for Ashes of Creation, empowering us to move forward with the MMORPG that we’ve been excited to create and play ourselves.”

If you look at the Kickstarter today, a total of 19,576 backers pledged a massive $3,271,809 to the project back in 2017. We already have Apocalypse – which partly serves as a test bed for features and content in the MMO – to show for the team’s work since, but the main attraction is still on its way.

One of the big selling points to fans was the idea of being able to affect everything, with servers responding to player behaviour to unprecedented levels of depth “In the world of Ashes of Creation, the player will have a variety of ways to impact the world as it permanently changes based on their actions, shaping the world around them,” Sharif says. “Through player actions and decisions, they will create a variety of cultures on Verra. These cultures will determine the evolution of civilisation within the areas they inhabit and those they do not, opening up new dungeons, spawning events, what cities rise and fall, and which questlines are available to them. All of which is driven by player agency with no two servers being the same.” 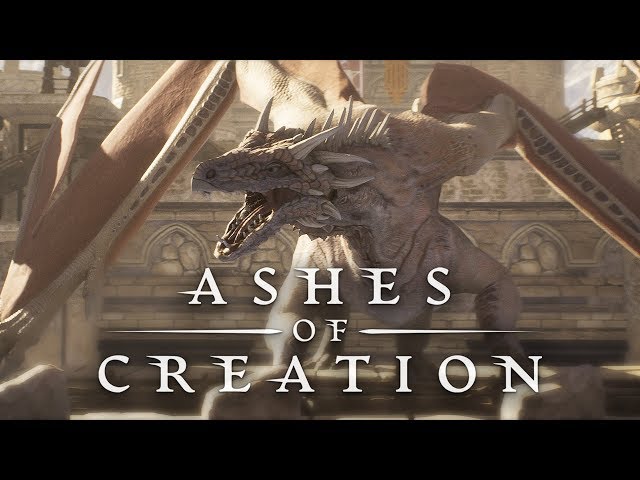 Sounds a little too good to be true, but Sharif is able to back up these claims with a couple of specific examples. “The marketplaces in different areas will be affected by the transportation of goods and materials across land and sea, giving players and monsters the chance to raid and steal those supplies, and giving players the ability to form protective groups to keep thieves at bay. When a forest has been [stripped] of all of its resources for the benefit of the player economy, the world around will alter and react and the creatures that once inhabited the forests will need to find a new home, in some cases attacking player cities to claim them as such!”

A little scepticism is undoubtedly warranted here – stuff like this has filled blue-sky community wish lists since the inception of MMOs, and been unattainable for just as long. But Sharif insists that Intrepid has the experience it needs to pull it off. “Many of us here at Intrepid Studios have been working on MMOs for a long time – some for over two decades! The daunting part of creating an MMO, especially with an ambitious project like Ashes of Creation, is the pure amount of specialists required because there are so many systems involved in such a large-scale project. We’ve managed to acquire some of the most talented developers in the MMO space who bring their expertise and passion to the table every day.” 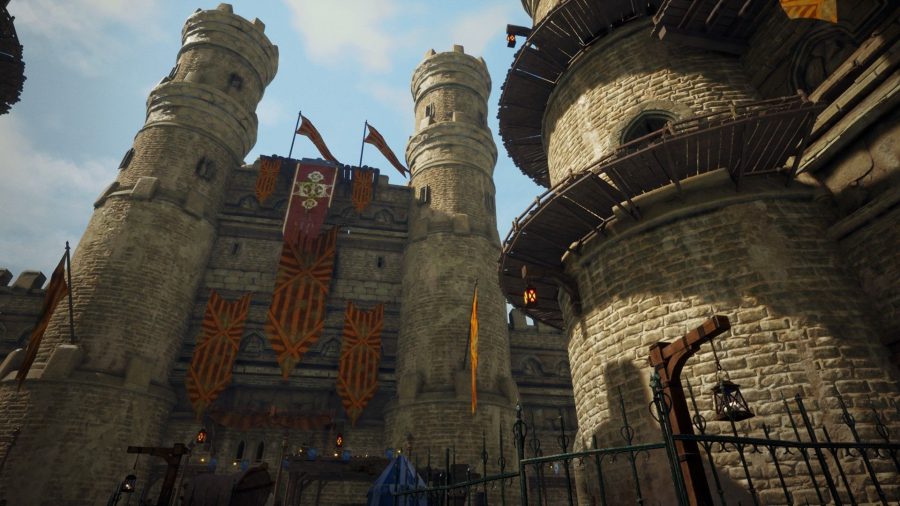 Talent is a necessary but not sufficient condition for a project like this. Intrepid also needs the tools to get it done, and has opted for Unreal Engine 4. Sharif explains that his team’s experience with the software was one key reason for the decision: “For some of our developers, they’ve been working with Unreal since the early 2000s. The team is well versed in Unreal development, and we have a lot of Unreal Engine experts at Intrepid Studios.”

This experience combines with the many in-built tools and existing features of Unreal to enable Intrepid to hit the ground running. “Working in Unreal allows us to focus on Ashes of Creation, rather than having a small stadium of engineers trying to maintain our own graphics engine and toolsets. Unreal provides us a great foundation that we are then able to quickly alter to address our specific design requirements on Ashes of Creation, making it easy to layer our larger game systems on top of what already exists. This allows us to create robust systems like that of our city node systems, economic systems, and other sandbox elements that provide maximum player impact and the evolution of MMORPGs. It’s a godsend, and Epic is a great partner to work with.” 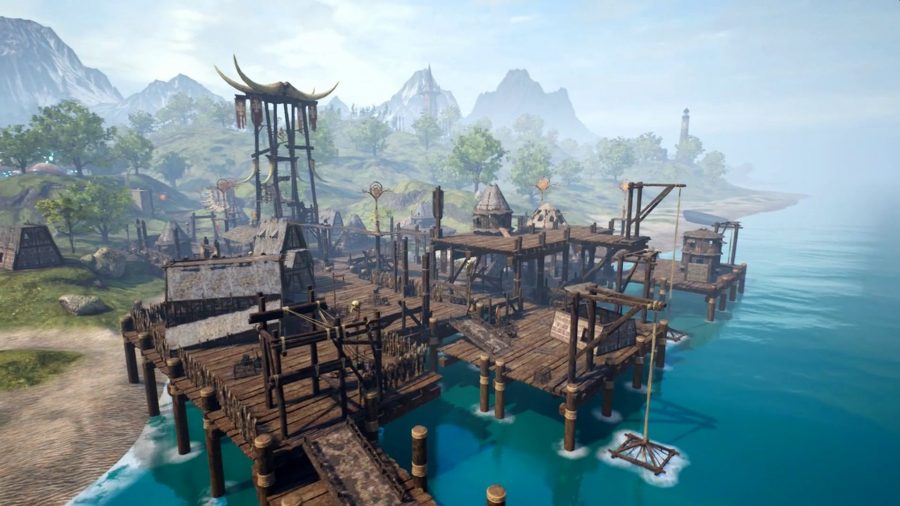 And although the experience of their team gives them a massive helping hand, the Unreal Engine platform makes some parts of the development simple steps for those unfamiliar. “Thankfully, their blueprinting system is a cinch to pick up if you’re familiar with just about any object-oriented scripting languages. Much of it is exposed natively on the Unreal Blueprinting level which makes it easy for any designer to do whatever their heart desires, allowing for much more ambitious designs and compressing the timeline that our designers would normally be beholden to.”

For designers who worked with proprietary engines, Unreal provides a great set of tools

Unreal’s Blueprint Visual Scripting is a feature which sees regular praise by developers in this series. It’s designed in such a way that anyone can get involved in the coding and development of a game, and flows so well it can almost exclusively use this medium to develop whatever a creator wants. It means prototyping can be quick and simple, and levels developers to think more about the game and less about the code.

Sharif also talks about how level streaming helps Ashes of Creation. “Unreal supports level and sublevel streaming which is a big help in this regard, and on the game client. They have robust network code that has been battle tested and improved, making for an excellent foundation for us to build Ashes of Creation upon.” Level streaming allows for continuous loading and unloading levels with decreased memory usage. The result means that an MMORPG like Ashes of Creation gets a more open, more streamlined experience. 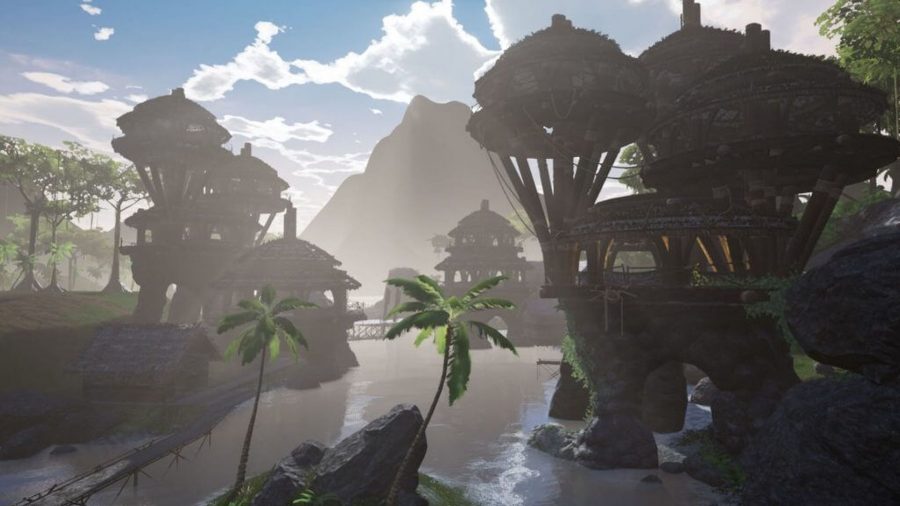 “Unreal allows us to swiftly create prototypes, vanguarding ahead of engineering and art rather than having to halter things at the mockup stages. For many of our designers who have worked with proprietary engines their entire careers, Unreal has provided a great set of tools that have been amazing to work with.”

In this sponsored series, we’re looking at how game developers are taking advantage of Unreal Engine 4 to create a new generation of PC games. With thanks to Epic Games and Intrepid Studios.