As we explained back in March, ASRock’s new range of Phantom graphics cards aren’t going to be available in Europe at launch, but that didn’t stop shocked stories hitting the web suggesting AMD strong-armed ASRock into region-locking their new Radeon GPUs.

Check out our pick of the best gaming GPUs available today.

The internet loves a moral panic, and now that Nvidia’s GeForce Partner Program has bitten the dust the ravening hordes need something else to get frothed up about. The latest attempt to whip the worldwide web into a frenzy has been the ‘discovery’ that ASRock’s new graphics cards aren’t getting a global release, and a representative’s statement being misinterpreted as suggesting AMD have been heavy-handed in stopping the company from selling to Europe.

This has lead to ASRock now having to issue a further statement explaining that that initial launch will be in the APEC and Latin America regions: “Initially, ASRock will roll out graphics card business in various regions based on internal planning,” the statement reads. “Regions with first priorities are APEC and Latin America. Then ASRock will gradually launch the business in other regions.”

I spoke to ASRock well over a month ago about the situation of Phantom GPU availability and they explained then that, while the new graphics cards aren’t going to be available in Europe for the first six months after launch, the decision had been made together by both AMD and ASRock. 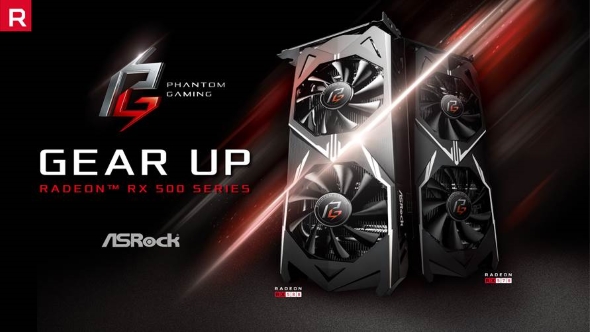 The quote given by Tom’s Hardware, when their German site had inquired about the Phantom cards’ availability, however, said “the problem is that AMD has not agreed to sell [ASRock graphics cards] in EU, that is really a pity.”

That’s what caused the consternation, with it being read as AMD forcing something seemingly against ASRock’s will. Of course, as a sales manager, the ASRock representative is going to want to sell his cards in every possible region going. That’s why they’re going to see it as ‘a pity’, but that doesn’t mean it’s something forced upon them.

In fact sales restrictions happen all the time, with many brands unavailable in certain regions, and even some specific SKUs of graphics cards being region-locked. But why let that get in the way of a good froth?