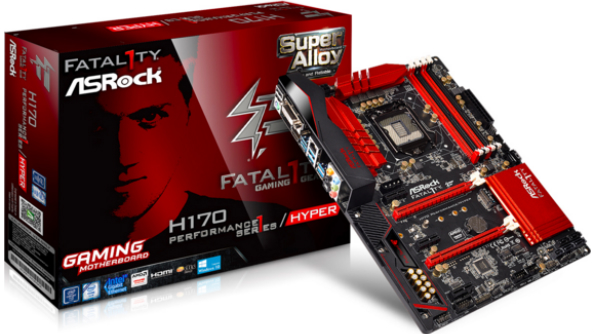 The saga continues. It began with a BIOS update to ASRock motherboards which allowed users to overclock their non-K Skylake CPUs by accessing the BCLK multiplier. The plot thickened when Intel released a statement detailing that such functionality would be removed in future BIOS updates – and it’s been thickened still further, to a rich aspic jelly, with the news that ASRock have developed a new motherboard that allows non-K overclocking all over again – this time via an external clock generator that overrides Intel’s on-die generator.

Which games will push your newfound CPU headroom to its limit? The best sandbox games on PC are a good place to start.

Using the external BCLK generator (external only in that it isn’t found on-die, it’s still part of the PCB) users can enter custom values and raise the operating frequency of ‘locked’ Skylake chips such as the i5 6600 and i6 6700 – cheaper models than their 6600K and 6700K equivalents, which differ only in that Intel has ‘unlocked’ all overclocking functionality in them.

It’s a money-saving excercise then, when you boil this non-K overclocking saga down to its essense. The 6700 and 6700K CPUs carry around a $40-$50 price difference, so if a motherboard manufacturer’s able to unlock the performance of the more expensive model, it seems a no brainer.

But as Intel have already demonstrated, this whole practice is balanced on a precipice, and Intel are positioned to blow it over at a moment’s notice. It appears they might not be able to stop you overlocking locked Skylake chips with absolute certainty – since you can circumvent their last attempt to do so by avoiding any future BIOS and firmware updates – but it seems rather too tumultuous to take root in the long term.