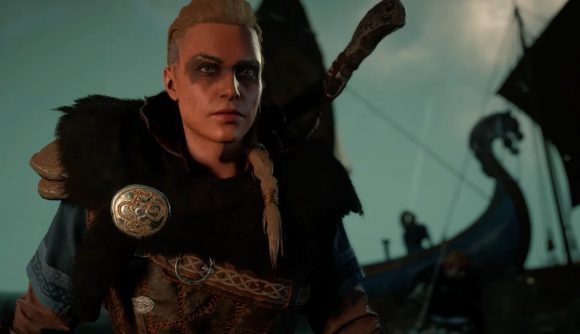 If you want a look at Assassin’s Creed Valhalla gameplay, Ubisoft has provided it – and in a much more substantial format than the last time the publisher announced that gameplay footage was on the way. Following Ubisoft Forward today, the devs published a 30 minutes gameplay walkthrough. There’s some overlap with the footage that leaked last week, but also plenty new.

Check out our Assassin’s Creed Valhalla preview if you want to know what all this feels like to control, but the footage includes a little bit of everything, from sailing longships and raiding forts to fishing and taking part in rap battles. It provides our first look at the female version of Eivor, who was conspicuously absent from the early marketing materials.

Assassin’s Creed Valhalla debuted with a CG trailer, and a follow-up with gameplay footage was set for the Xbox Series X event a few months ago. The Inside Xbox disappointment was such that folks at both Ubisoft and Microsoft were left apologising for mismanaged expectations.

Check out the footage for yourself below.

The Assassin’s Creed Valhalla release date was also revealed today – it’s due on November 17, and you can follow that link for much more on the game.