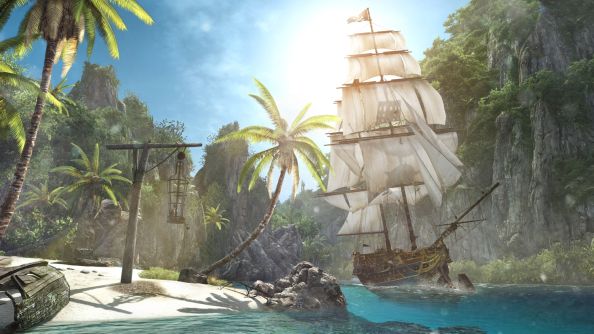 In the end, the resistance never came. Eight years after Oblivion introduced us to the concept of horse armour and we kicked up a right old fuss, one of the best PC games of 2013 – Assassin’s Creed IV: Black Flag – offered to mark the spot of all its collectibles for 79p.

“There was no resistance,” said Ubisoft VP of digital publishing Chris Early. “Maybe there were 12 guys somewhere who said something, but whatever. As a whole, there wasn’t a problem.”

Early reckons we’re finally okay with buying convenience in our games – so long as “good design” informs what goes on sale.

“Now it’s interesting when you start to think of Season Pass as a Service Pass. For our Season Pass holders, I know we hold events for them specifically, so it’s little bit more than just DLC content. So there’s an evolution going on there.”

Once, says Early, players saw all DLC as chunks removed from a finished game and sold back to an already-paying audience.

The key to DLC’s success has been in making it feel like a bonus.

“Where it hurts is when you feel like you’re forced, or you’re at a disadvantage or can’t do it unless you [pay money],” said Early. “That’s kind of a remorseful feeling, and nobody likes that.”

As for the players who spend tens of thousands in Clash of Clans? “Nobody’s really angry about that”.

“That’s how that guy chooses to play, and he’s playing against other people of the same calibre, whether they got there through spending hundreds of hours playing the game or tens of thousands of dollars,” said Early. “Good design, that’s what it comes down to.”

Do you lot partake in the odd slice of DLC these days?