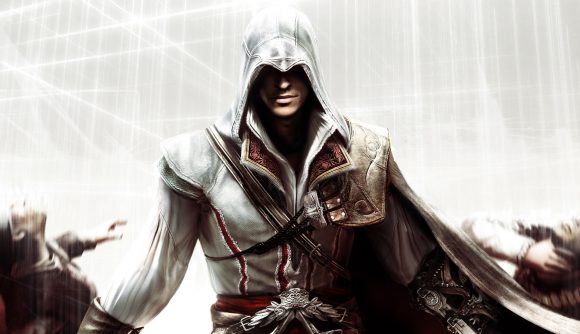 Ubisoft has been offering up an array of free PC games over the past few months, including terrific titles like Assassin’s Creed II, Rayman Legends, and Child of Light. If you missed any of those giveaways the first time around, the publisher is offering a second chance on all of them until early next week.

Let’s cut to the chase: you can claim Assassin’s Creed II here, Rayman Legends here, and Child of Light here. All three games will redeem through Ubisoft’s Uplay launcher, and all three will be available until May 5 at 11:00 PDT / 14:00 EDT / 19:00 BST. While the promotion will end then, all three games will remain in your Uplay library forever.

Assassin’s Creed II is the sequel that put the series on the track it would follow for most of the following decade – an excellent refinement that contextualised all that neat climbing tech with more varied missions and a more substantial story. If you want some assassinating action ahead of the Assassin’s Creed Valhalla release date later this year, AC2 is a fabulous way to go.

Rayman Legends is a terrific 2D platformer that fills out its old-school action with vibrant visuals and fantastic level design. Child of Light is one of the more intriguing results of Ubisoft’s experimental phase a few years ago – a lovely side-scrolling RPG with some very creative battle mechanics.

Check out some free Steam games too, if you want to spread out your gratis games across multiple launchers.