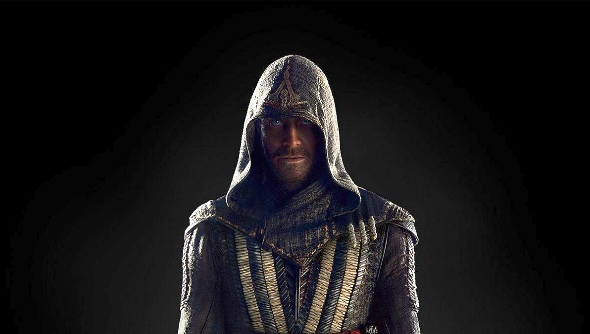 “I’ve got to be honest, I’m still surprised about how successful Assassin’s Creed is, and how it took on a life of its own.” Those are the words of Assassin’s Creed creator Jade Raymond, speaking yesterday at Brighton’s Develop conference.

Much of Raymond’s talk was dedicated to the process of creating franchises – how she did it with Assassin’s Creed, and how she’s doing it again with a new Star Wars franchise.

“When we started working on [Assassin’s Creed] we did have a plan to make three games. We were super excited, we felt like that we had this great opportunity to create a new franchise from scratch, a brand from scratch. We really wanted to create a franchise infrastructure, a story that a franchise could live on. We did spend a lot of time thinking about this.”

Assassin’s Creed is basically an RPG now, so for more like it, check out the best RPGs on PC.

The possibility that this infrastructure could support products in other media – “whether it’s comics or books or movies” – was in mind from the beginning, Raymond says.

“So we designed a franchise as a sandbox for creatives, so that we could hand off the keys to other professionals and they could make their own story within it. So, Assassin’s Creed, so long as you pick a pivotal moment in history and you explain what was happening historically through the Assassins, then it’s an Assassin’s Creed game. Through that basically people can play with any historical period they want.”

Because of this creative freedom, and the chance to explore practically any historical period provided it’s linked by the thread of the assassins, “there are some people I worked with on the first Assassin’s game [who are] still super excited to work on it. That’s a sign of success to me.”

And yet these principles are growing even more elastic than Raymond describes – the latest Assassin’s Creed game is set before the creation of the assassins’ order, so there aren’treallyany assassins in it. For all the latest on the Assassin’s Creed Odyssey release date, as well as its setting, gameplay details, trailers to watch, and NPCs you’ll meet (including history’s most irritating interlocutor, Socrates himself), hit that link.