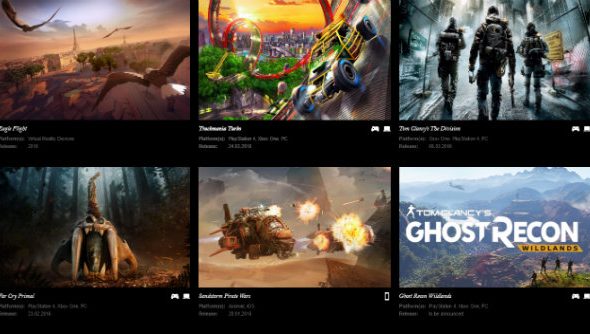 A new Ubisoft studio has popped up in the Philippines and will focus on triple-A games development.

What will this new studio contribute to our list of upcoming PC games?

In its opening year, the studio will hire around 50 staff and work alongside other Ubisoft studios developing triple-A games, with close ties to Ubisoft Singapore, who are currently developing a big unannounced project for console and PC.

Ubisoft Singapore have previously worked on games in the Assassin’s Creed series – including Unity, Rogue and Black Flag – among others.

If you’re a games developer, you can apply to work at Ubisoft Philippinesnow.

“Every day, Filipinos leave the country in search of opportunities elsewhere,” says studio manager Chip Go on the Ubisoft blog. “I was one of those people eight years ago, and now I’m very happy to come back and bring my own experience in triple-A game development.

“We have huge ambition for this team, who will play a part in creating some of Ubisoft’s biggest and most beloved games. Ubisoft Philippines will be recruiting 50 new team members this year, from artists to programmers, designers to project managers, and we are very confident of our ability to build a strong team to take up these challenges.”

The studio is scheduled to open in the next few months.