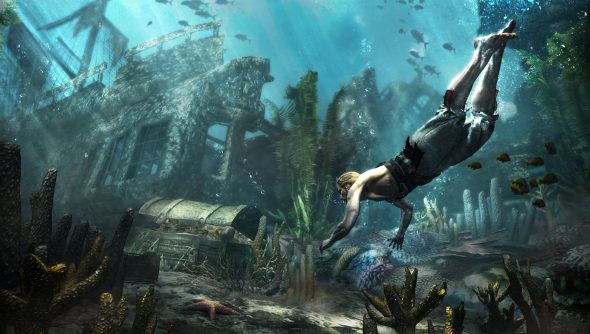 Ubisoft posted its Q3 earnings yesterday, with sales amounting to $709.4m, down over 32 percent year on year. This is in line with the publisher’s expectations, and the console transition is being blamed on the drop.

And It’s well deserved. New life was breathed into the increasingly dull, convoluted franchise, and if Ubisoft’s customer survey from last year is any indication, the publisher is considering more piratical adventures entirely separate from the Assassin’s Creed series.

Black Flag was pretty popular over here in the digital PCGN office, with Jeremy championing it when we wrote about the best titles from 2013. “It takes a couple of hours in Havana, letting series veterans adjust to the shore before they set out to sea – but once Black Flag lets its systems breathe, it unfolds. It offers itself up to its amorphous ocean, opening Ubi’s distraction-driven open world model to new dynamism and occasional moments of quiet.”

Ubisoft has considerable confidence for the next year, as it releases new IPs and gets to grips with the new generation. “”Fiscal 2014-15 will see an exceptional games line-up, with the release of five major titles including Just Dance, The Crew and Watch Dogs, which is scheduled for release in the first fiscal quarter. Our line-up is also expected to reap the benefits of the return to growth in the console market and the increasingly significant impact of digital gaming,” Said Guillemot.