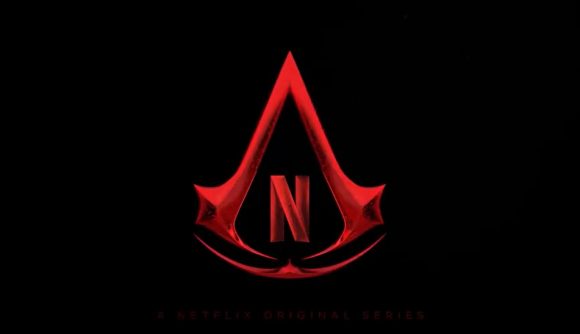 It seems adaptations of the best RPG games, best action-adventure games, and – heck! – the best PC games out there just keep on coming. Netflix has announced on social media that it’s got an original series on the way based on Ubisoft’s long-running Assassin’s Creed game series, and it seems even more adaptations are on the horizon, too.

This news arrives via a teaser clip on Netflix’s UK and Ireland Twitter channel, as well as a brief announcement from Netflix in a press release. The teaser – as you can see below – simply says: “Netflix + Assassin’s Creed” along with a GIF of the now-iconic game series’ assassin logo fused with the distinctive red and black Netflix branding. NXonNetflix’s Twitter channel follows this, adding: “Netflix will be developing an Assassin’s Creed live-action series. Ubisoft’s Jason Altman and Danielle Kreinik will serve as executive producers”.

It appears the live-action series is only in the early stages of development, as Deadline reports the programme’s on the lookout for a showrunner.

In addition, the site reports that Netflix has announced even more goodies beyond the live-action series mentioned on Twitter, with animated and anime adaptations also in the works, though there aren’t any further details on what these are just yet.

“We’re excited to partner with Ubisoft and bring to life the rich, multi-layered storytelling that Assassin’s Creed is beloved for,” Netflix original series VP Peter Friedlander says in an announcement (via Deadline). “From its breathtaking historical worlds and massive global appeal as one of the best selling videogame franchises of all time, we are committed to carefully crafting epic and thrilling entertainment based on this distinct IP and provide a deeper dive for fans and our members around the world to enjoy.”

Looks like we’ll have to keep a weather eye out for more information from Netflix, hopefully soon. In the meantime, check out our Assassin’s Creed Valhalla preview for an idea of what’s to come to the series’ universe next month.