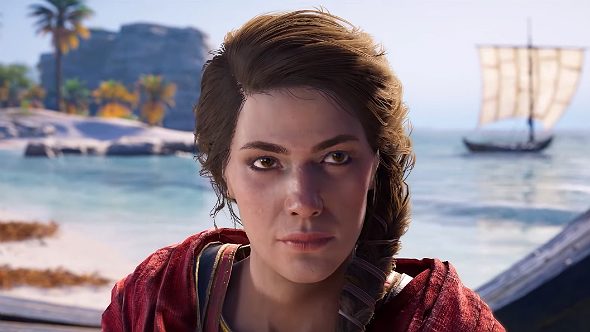 October 10, 2018 Ubisoft has announced that Odyssey is “is having the franchise’s best launch-week performance of this console generation.”

Despite a slew of positive reviews, early numbers told us that Assassin’s Creed Odyssey sales were down 26% on the series’ last outing. In the UK’s physical charts, Ubisoft’s take on the Greek epic came in second last week, falling behind both FIFA 19 and the series’ own efforts from last year.

Now, it looks like Odyssey has gained significant ground. In a statement released today, Ubisoft said that it’s “having the franchise’s best launch-week performance of this console generation. We expect Odyssey to be one of the top performing Assassin’s Creed games of all-time.” This is a far cry from initial speculation.

So, to what can we attribute the early reports of poor sales numbers? Most relevantly, the UK’s chart-tracker doesn’t account for digital sales, which made up a good chunk of Origins purchases, and likely did the same this time around. It’s also worth noting that Origins was the first Assassin’s Creed game to launch in over two years. Odyssey, on the other hand, only released 11 months after its older brother, potentially impacting early interest.

Odyssey also came out a month earlier than Origins did last year, which gives it much more time to sell in the run-up to Christmas. Granted, it has some absolute juggernauts to rub up against between now and then, but that cowboy game isn’t even coming out on PC yet, so who even cares, right?

If you’re still trying to decide if (or when) you’re going to pick up Alexios and Kassandra’s adventure, check out our Assassin’s Creed Odyssey PC review. If you’ve already ventured into Ancient Greece, you might be interested to check out a few of the game’s Easter Eggs – tributes to Black Panther and the Greek God of Fire are hidden throughout the world.

Less subtle than that, however, is the fact that Assassin’s Creed Odyssey lets you climb a God’s penis. Your character can scale an enormous nude statue of Zeus, King of the Gods, although they make it clear that it might be something they shouldn’t be doing.