We’ve known for some time now that Assassin’s Creed Odyssey would get an equivalent to Origins’ well-received Discovery Tour, in which players could explore that game’s thoroughly researched simulation of ancient Egypt without the risk of being eaten by a crocodile. We just didn’t know when – until now.

In a press release, Ubisoft confirms today that Discovery Tour: Ancient Greece will be added to Odyssey on September 10, and will be free for all current owners of the game. It’ll also be available as a standalone package on PC via Uplay. As with Origins, players will be able to explore and interact with the culture and history of ancient Greece, both through guided tours or by wandering freely through Odyssey’s gorgeous recreation of the Mediterranean – without having to worry about conflict or any of the other demands of the main game.

The mode will feature over 29 regions with 300 different stations all offering tours. These tours will feature a selection of themes — philosophy, famous cities, daily life, war, and myth. To add a sense of progression, you’ll also get to pick from 35 different avatars and 15 different mount choices – these are unlockable through completing objectives, allowing you to travel in style while learning.

Discovery Tour: Ancient Greece will go further than its predecessor in stimulating learning with a number of new features. 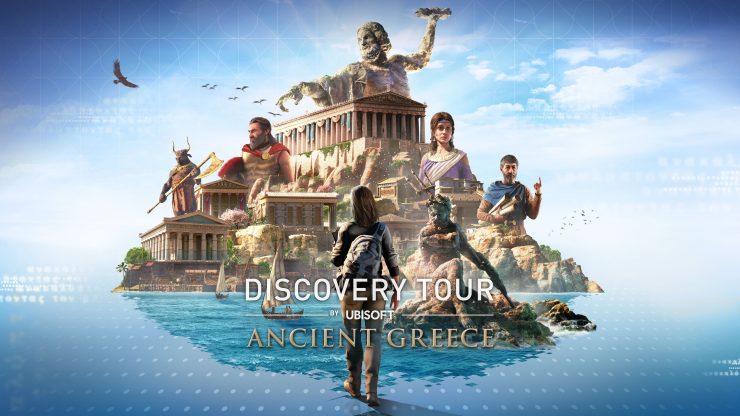 For one, you’ll be grilled on what you’ve learned at the end of each tour through Odyssey’s choice-based dialogue system as part of what Ubisoft is claiming to be “the most interactive 3D reconstruction of Greece ever made” (as well as, presumably, the one most likely to trigger traumatic memories of school).