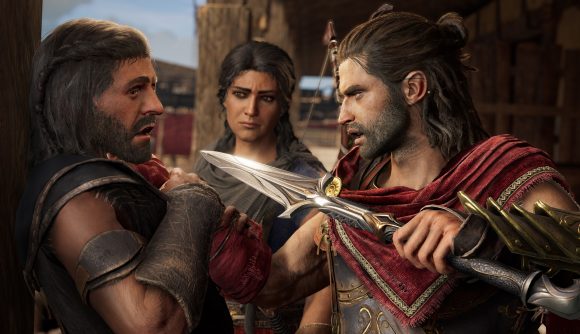 Assassin’s Creed Odyssey recently got a story creator that lets you build your own quests in ancient Greece, with whatever objectives and dialogue you want to put in place. Quest rewards are pre-determined based on your character’s level, but that hasn’t stopped some quest creators from dishing out simple XP farming quests to help you level up quickly.

If you thought Ubisoft would be okay with XP exploits in a single-player game without any notable competitive aspects, you’ll need to think again. In a forum announcement (via ResetEra), Ubisoft says that “these exploits risk jeopardizing the overall quality, integrity, and purpose of story creator mode and results in less visibility for the creative, interesting and frankly fantastic community stories that have been published.”

So XP farming quests will be pulled from the recommendation engine going forward, and will be hidden as reports of “exploitation or cheating” come in. Additionally, the terms of service will be updated in light of this, and “we will be sanctioning those who continue to willingly and intentionally misuse the tool.”

While it’s understandable that the developers would want to highlight more legitimately creative community content, the terms of use changes and consequent “sanctions” seem a bit overzealous in a single-player game. Some players have cast suspicion on Odyssey’s microtransaction store, which offers an XP booster for a real-world fee.

Either way, if you’re grinding XP through these quests, you might want to speed up the process.

For less exploitable content, the discovery tour release date is set for this autumn. Hopefully there won’t be any sanctions on the speed of your learning.