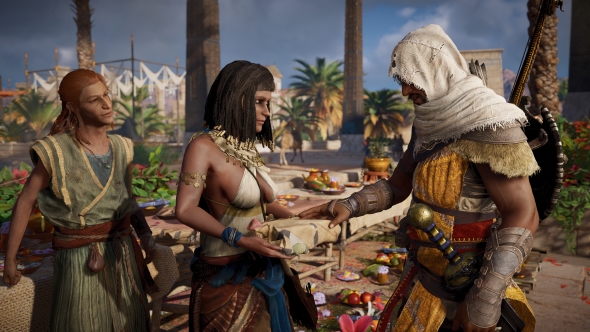 The next DLC for Assassin’s Creed Origins has been delayed. Ubisoft announced today that the release of the Curse of the Pharaohs DLC has been postponed.

In a press release, Ubisoft revealed that the DLC, which sees Bayek journey to the Greek city of Thebes to battle some long-dead pharaohs, because so far, Origins has been a bit light on the Mummy side of things. Alright, you did get to fight some ancient Egyptian Gods, but I’ve decided that doesn’t count. The DLC also bumps the level cap to 55, and introduces new mythology-inspired outfits and gear.

The DLC was due to release on March 6, but has been postponed by a week, meaning you won’t be able to play until March 13. Ubisoft didn’t provide any reason for the delay in their press release, and declined to comment when we reached out to them for further information.

This isn’t the first time Ubisoft have pushed projects back recently. Back in December last year, they announced that Far Cry 5, The Crew 2, and one more unannounced project (that could be a new, viking-themed Assassin’s Creed) would all be delayed by varying amounts to provide “even more engaging and higher quality experiences for gamers.”