There’s no arbitrary rule that prevents players in Assassin’s Creed Origins from damaging or even killing enemies of a higher level, so you’re free to go where you will, if you’re feeling up to it. Think of enemy ships in Black Flag, which varied in power across the otherwise open seas.

For more on the RPG details, check out our guide to Assassin’s Creed Origins skill tree.

As we learned at E3, Assassin’s Creed’s forthcoming switch to RPG mechanics will mean that stealth kills are no longer always lethal – your equipment and your level might mean that enemies can survive attacks, even if they’re unaware of you. This raised a few questions about the impact those mechanics might have on classic Assassin’s Creed gameplay.

In an interview with Game Informer, game director Ashraf Ismail expands on that, saying:

“Technically there are ways to greatly boost your damage, so you can be a lower level than another enemy and take them out. Being level ten killing a level 30 enemy – you’d need to work very hard to get there, and by the time you do, you’ve probably leveled up more than level ten – but there is no lock to say that by being level ten you cannot kill a level 15 enemy through stealth. It’s gonna be very hard to do, you’ll need to really craft and find abilities that can help you, so it’s not necessarily easy, but there is no arbitrary lock on the levels.”

Though most of the map in Assassin’s Creed IV: Black Flag was open to the player from early in the game, the difficulty of enemy ships and forts in certain sections was a gentle nudge against the player from taking on too much, too soon. It sounds like Origins will take a similar approach, with most of the world open from the start, and all enemies given levels. 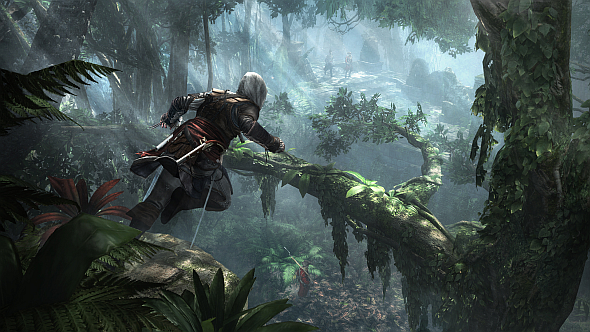 Indeed, it sounds like Black Flag – probably the best-received Assassin’s Creed in recent memory – has had a big influence all-round on Origins. Some of this is because Ubisoft started work on the latter right after the former, but mainly because of the success of Black Flag’s naval progression system, in which you upgrade your ship so as to tackle tougher enemy vessels.

It was the most like an RPG Assassin’s Creed has yet been. Ismail says it helped to engage players more deeply, so Ubisoft took the decision to go blow up those elements. He also says Origins will have a similar feel, tone, and theme, and a similar emphasis on non-urban environments.