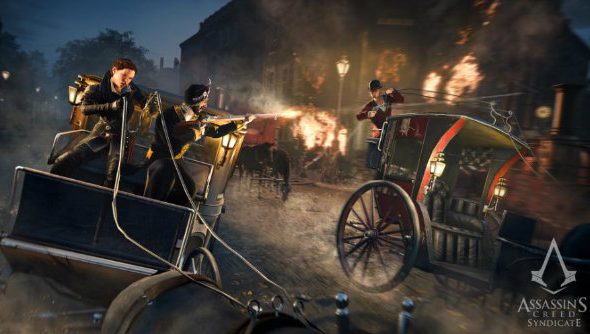 Assassin’s Creed Syndicate’s The Last Maharaja DLC is available to download now, either as part of the Season Pass or as a single purchase.

Sydicate’s Victorian London sandbox is the best thing about the latest Assassin’s Creed game, and if you enjoyed it you’ll probably love the games in our picks of PC’s best sandbox games.

In the new DLC the stabby twins have to help Duleep Singh reclaim his birthright as the last Maharaja which – judging by the trailer – involves nicking a load of gold from some burly gangsters.

Outside of the story, which will test Singh’s relationship with the Queen, it seems like business as usual: ten new missions of sneaking, jumping across rooftops, driving horse-drawn carriages, stabbing people in the neck, and panning the camera to take in the smoky horizon.