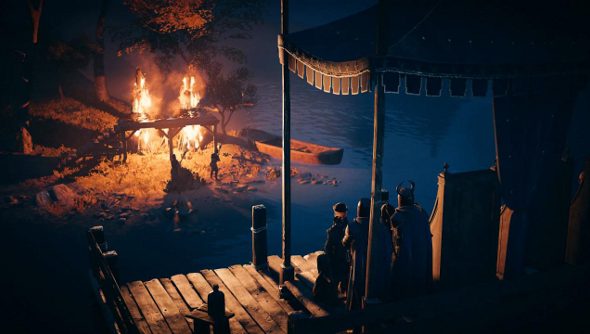 Assassin’s Creed Unity’s launch has been a troubled one. A slew of bugs have hampered the journeys of would-be Assassin’s, resulting in a patch that had to squash over 300 bugs, and issues persist elsewhere. The mobile companion app still doesn’t work on all advertised devices, and it’s the only way to get some of the exclusive content, while the Assassin’s Creed Initiates site is still broken.

Ubisoft Montreal head honcho, Yannis Mallat posted an update on the Ubisoft blog, acknowledging the unacceptable number of issues. In addition to today’s patch, he said, Ubisoft would be providing free DLC to all Unity owners and a free game to season pass holders. The season pass has also been discontinued.

“[A]t launch, the overall quality of the game was diminished by bugs and unexpected technical issues. I want to sincerely apologize on behalf of Ubisoft and the entire Assassin’s Creed team. These problems took away from your enjoyment of the game, and kept many of you from experiencing the game at its fullest potential.”

If you’ve bought the regular edition of Assassin’s Creed Unity, you’ll receive the Dead Kings DLC for free when it launches. Ubisoft has yet to give a release date for the DLC, but the FAQ says we can expect it soon. It will appear in your uPlay account in the add-on section, or on Steam.

Those of you who splashed out on the Gold Edition or purchased a season pass will, on top of getting all the planned content that you’ve paid for, get a free game from this list:

That’s actually a pretty fantastic deal. The Crew isn’t even out yet and Far Cry 4 is brand spanking new. Black Flag and Rayman Legends are the best of the bunch, though. You’ll need to choose your free game before March 15th. Ubisoft is working on a system for doling them out.

If you bought Unity and have been a victim of bugs and technical flaws, has this soothed your understandable anger?