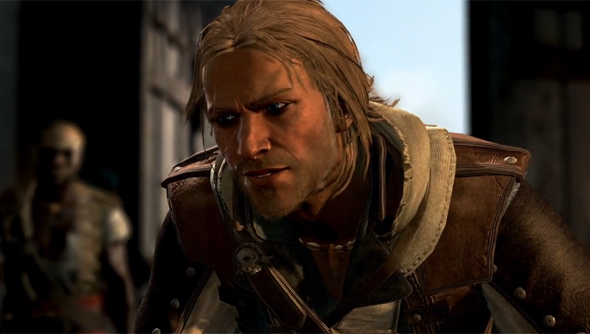 Recent rumours had it that Michael Fassbender had walked away from Assassin’s Creed’s Hollywood adaptation. But the series has a history of reluctant heroes, and Fassbender now seems wholly committed to the cause.

“You know, we absolutely want to respect the game,” said The Last Fassbender. “There’s so much cool stuff in the game that we’re actually spoiled for choice in terms of what we can use and what we can’t.”

Fassbender will meet with the film’s writing team when he next returns to Europe.

Fassbender wasn’t familiar with the series until he received his crash course from Ubisoft, but now enthuses about DNA memory – a “very feasible scientific theory”.

“I just thought, ‘This is so rich,’ and about the possibility of it being this cinematic experience,” he said. “So I’m really excited about it, and we’re working very hard to make sure that we’ve got the best and most exciting original package.”

Fassbender has already worked with attached director Justin Kurzel on an as-yet-unreleased version of Macbeth. Assassin’s Creed: Da Movie will be out in 2015, or just as soon as somebody writes it. How high are your hopes for it, on a scale of Havana Cathedral to Notre Dame?

Ubisoft announced a return to piracy inAssassin’s Creed: Roguejust the other day.