Looking for some beginner’s tips for starting out in Valhalla? In the latest open-world game from Ubisoft, you’ll be setting sail from Norway to England – to name but a few of the areas – with your loyal clan by your side. You’ll be hunting legendary animals in Valhalla, searching for Thor’s hammer, and spending time romancing the characters you meet on your travels.

And that only scratches the surface of how much there is to do in this gargantuan game – maybe you fancy a game of Orlog? Or want to sing songs with your merry men as you wind around the English Thames in your longship?

Or maybe, you just want to survive the perils of these ancient lands and get the most out of Valhalla. Well, we can certainly help there. We’ve spent hours riding, climbing, pillaging, and raiding to bring you everything we wish we could have told ourselves when we started out. So, here are the best beginner’s tips for Assassin’s Creed Valhalla.

You start racking up skill points pretty early on in Assassin’s Creed Valhalla and it can be tempting to max out a skill tree, especially as you gain extra fighting abilities alongside small perks. There are three skill trees, blue, yellow, and red. If you go for blue, you’ll earn benefits for wearing wolf gear, and specialise in stealth moves alongside ranged attacks. Red is melee, with a focus on brutal skills like stomping on an enemy’s face (a personal favourite) and gaining perks for wearing Bear gear. The last is yellow, which you’ll gain perks from Raven-aligned gear, and it influences cunning abilities like sneaking, evasion, and ranged or light attacks.

It’s really dependent on your style of play – the only thing we will say is don’t put all your eggs in one basket. Test the waters with different weapons in a variety of situations, but if you end up not enjoying a skill tree, you can easily reassign points, so all is not lost. 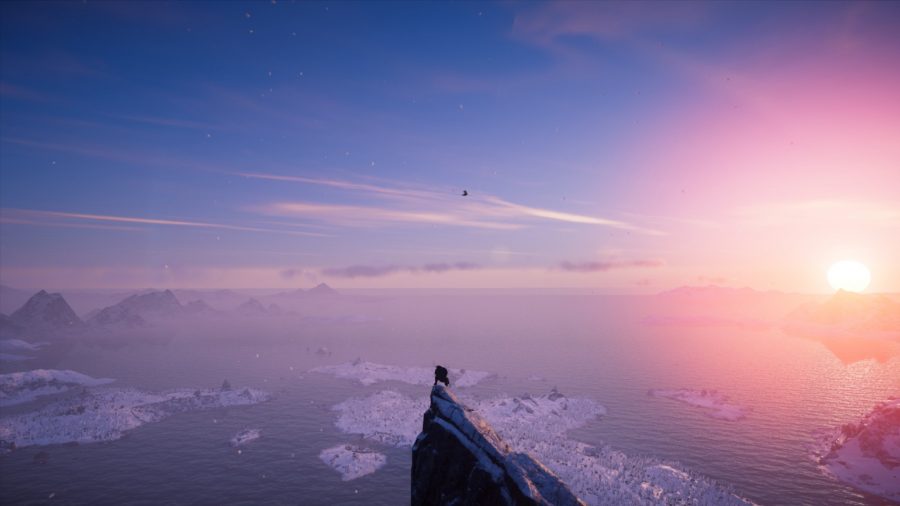 To obtain better skills for battle, you need to hunt for Books of Knowledge. They can often be found in secret entrances, and aren’t usually too difficult to reach. Secret entrances are usually located close to heavily guarded settlements and can sometimes be blocked by a barred door, or an unstable wall or floor. To break through a barred door, you need to either find an alternative entrance, or find a window to shoot the plank covering the door through. Oil jars and flasks can also be used to blow up unstable entrances.

Books of Knowledge activate special ranged or melee abilities, depending on what you find, and you can assign up to eight at once (four of each). Finding books with the same ability will even improve that ability, making you more deadly in battle. We suggest heading to monasteries and military camps marked with wealth areas to track these books down.

This is where Valhalla becomes more of a building game, as you have to lovingly tend to your camp and clan before they’ll return anything of value. Once you’re set up in England, one of the first missions is to gather resources for Gunnar, so you can open a Blacksmith.

The other buildings we suggest prioritising for your settlement is the Assassin Bureau – this will unlock the Leap of Faith, as well as the Order of the Ancient menu. Barracks will allow you to create Jomsvikings, handy in battle and can also earn you a little silver as they can be recruited by other online players. A Stable not only allows you to switch out your boring old horse for a fancy wolf, but you can also unlock the swim ability – which prevents you getting thrown off your steed when crossing between counties. The Cartographer is another good early build as they’ll help you find specific rewards, including Books of Knowledge. 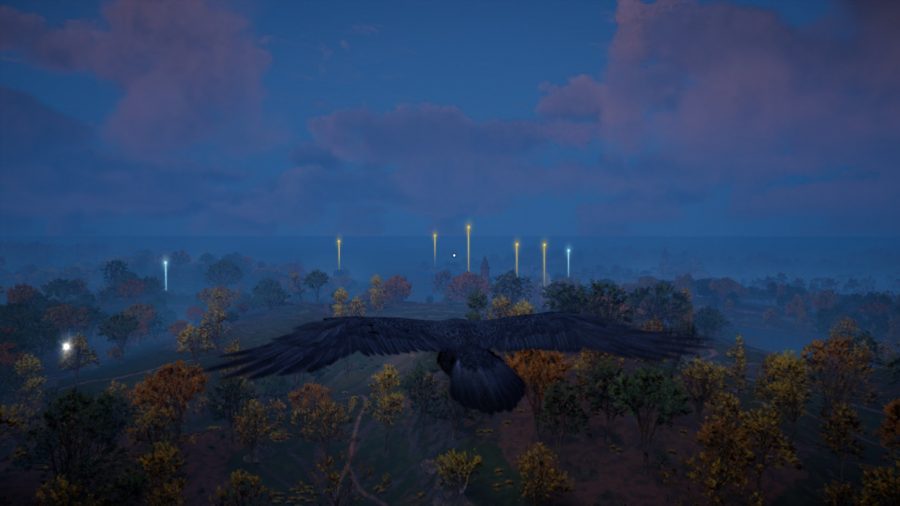 Valhalla is a truly massive open-world game, and can be incredibly daunting getting from one area to the other. We recommend reaching as many fast travel spots as you can, which will either be along the shore or river banks for your longship, or by climbing up high peaks. Use your raven to scout out areas in two ways. One: to see if they are worth the time exploring, by spotting hidden entrances and resources. Two: to spot how many enemies are awaiting your attack, as well as enemy positioning. You can use the raven to focus in on surroundings, as well, to reveal more collectibles that you otherwise may miss.

If you’re just starting out in Assassin’s Creed Valhalla, you’ll find many areas are restricted by suggested power sign warnings, and that you probably don’t have enough power. This gatekeeping is merely a suggestion, and while we recommend not raiding or brandishing your axe in many high powered areas, you can certainly still explore. Although the hostile animals like bears (they will literally follow you for miles) and boars (they will knock you off your horse and send you flying) can cause problems, you won’t have too much trouble reaching mysteries such as cairns and world events for the XP reward.

Now that you’re all set to go with these Assassin’s Creed Valhalla tips, why not optimise your game, with the best Valhalla PC settings for 60fps, and see how long Valhalla will take you to complete.