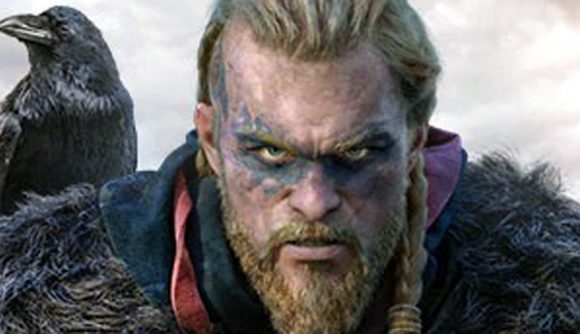 The next major expansion for Assassin’s Creed: Valhalla has suffered a major leak, as full plot spoilers, pictures, and even the release date for the DLC reportedly titled Dawn of Ragnarok have all appeared online – thanks to a Chinese website that put all these details up too early.

The last major DLC expansion for Assassin’s Creed Valhalla was the Siege of Paris, which our reviewer liked a lot despite a few new ideas not working out so well and being “a more mechanics-focused experience”. According to this new leak, the next expansion to follow this will indeed be titled “Dawn of Ragnarok” as rumored – and has a release date of March 10, 2022.

Ubisoft has been teasing an announcement for this week which will likely be all about the new expansion, but a Chinese website appears to have jumped the gun and posted plot details and pictures too early. This leak was then spotted by fans and posted on Reddit – confirming the little we do know and revealing a lot more.

According to the leak, the Dawn of Ragnarok expansion is set in Svartalfheim, home of the dwarves – as previously rumoured – and is “the most ambitious expansion pack in the history of the series”. It involves player character Eivor aiding Odin himself to save the god’s son Balder from the fire giant Surtur, with all of the Nine Realms at risk.

It seems likely all these details will be confirmed this week in an official announcement for Dawn of Ragnarok, to go along with the game’s major 78GB patch – which completes rewrites Valhalla and adds further options for stealth and difficulty. For now though, sit tight and be careful on social media if you don’t want to be spoiled.