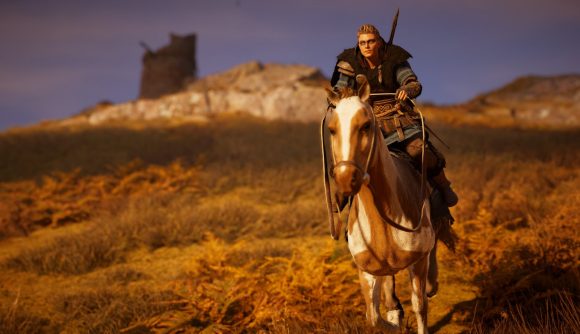 Eivor and company aren’t done yet, by any stretch – there’s more to come for Assassin’s Creed Valhalla, and Ubisoft has unveiled a new roadmap for the coming autumn in the expansive Viking game. In the next few weeks, we’ll see a patch and the new Discovery Tour, with more to come through the rest of the fall.

First up is Title Update 1.3.2, which arrives October 5. Ubisoft hasn’t yet published any specifics about this patch, but game updates in the past have included a mix of both bug fixes and new content. The last patch, 1.3.1, added some new rivers to ravage in River Raids, as well as some new skills and gear – so it’s probably fair to expect something on a similar scale with the next update.

The PC exclusive expansion version of Discovery Tour: Viking Age will be next to arrive, scheduled for launch October 19. As we’ve reported, this is the no-combat edu-tainment addition to Valhalla, in which you’ll be able to explore Viking-era England on guided tours that highlight various aspects of life in the ninth century.

There’s still more to explore, uncover, and discover in Assassin’s Creed Valhalla before the end of the year. ⛰️🚶🔍

Following the release of the Discovery Tour on PC, Valhalla players can expect a major game update later in the fall. Ubisoft is calling this one Title Update 1.4.0, indicating a more significant update. Update 1.3.0 arrived alongside the Siege of Paris DLC, and included a host of bug features and new features, including enemy level scaling.

That update also kicked off the Sigrblot festival – and it’s likely update 1.4.0 will do the same for the upcoming Oskoreia Festival. That’s a traditional Norwegian celebration of the Wild Hunt, and prominently features ghosts – so we reckon it’ll probably be showing up right around Halloween.

Ubisoft hasn’t announced specific dates for Title Update 1.4.0 or the Oskoreia Festival yet, and have only said they’ll be showing up at some point this fall.