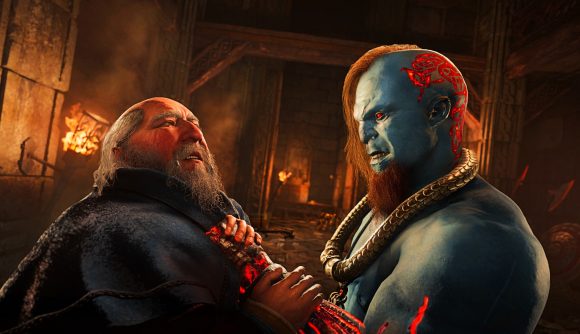 Ubisoft has revealed Assassin’s Creed Valhalla’s first roadmap of the year. While it only covers us up until March, there’s a couple things worth taking note of as a few things are happening before the Dawn of Ragnarok expansion releases.

First up, Assassin’s Creed Vahalla is getting another update on February 22. Details are thin on the ground about what that’ll actually include, though we imagine it’ll lay the groundwork for the open-world game’s big Dawn of Ragnarok expansion. Assassin’s Creed Valhalla is also going free-to-play from February 24 to February 28. That’ll cover the weekend nicely if you fancy bunkering down indoors and ploughing through the grandiose RPG.

The roadmap ends on March 10 with the release of Dawn of Ragnarok. The update leans further into the mythical side of Norse mythology as you play as the god Odin. You’ve come to the mythical dwarven realm of Svartalfheim in search of his son Baldr. We recently caught a glimpse of how the AC Valhalla Dawn of Ragnarok abilities work, and it looks like there’s plenty of opportunity for mischief. That, and living the simple life of flying around as a raven.

Time to dive back! 🔥 Check out our first roadmap of 2022 for Assassin's Creed Valhalla 👀

For more of the best open-world games, you can follow that link.