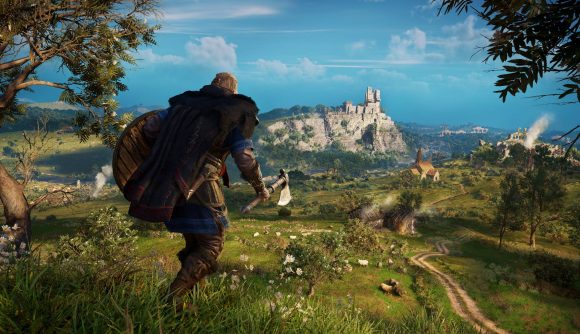 At the moment, Assassin’s Creed Valhalla is without achievements on Ubisoft Connect, and according to representatives of Ubi, this was to be a permanent change for all the company’s PC games going forward. Now, we’ve learned this isn’t quite the case.

On the official forums, one of Ubisoft’s support staff has clarified that achievements aren’t going away, just changing, and the previous comments were a bit misleading. “The misunderstanding on our part was that achievements had been discontinued – they haven’t!” the post reads. “The original information was correct, and they are indeed being worked on. Achievements are coming!”

The previous reply, where another member of staff suggested achievements were being axed in favour of expanding Ubisoft Connect’s challenges, has since been amended, and the studio has told us: “We are aware that achievements are not available yet for Assassin’s Creed Valhalla players on PC – this was unintended. We are actively working to enable achievements and will keep you updated when more information is available”.

It was previously thought everything was being rolled into the two challenge lists on the Ubi launcher, the ‘core’ set providing the standard, console-like checklist, and another rotating, time-sensitive set for seasoned players. No suggestion is made on what alterations are coming to achievements in the overhaul.

Ubisoft rolled out its new launcher last month, in anticipation of launching open-world games like Valhalla and Watch Dogs Legion, bringing all the disparate services and interfaces together for Ubisoft Connect. We noted in our previous story that core challenges for older Assassin’s Creed games appear to be missing, and there are some differences in what challenges are required to 100% Valhalla on PC, depending on where you look. Perhaps what’s coming is a uniform formatting across the entire series, and every platform.

Assassin’s Creed Valhalla had twice as many players as Assassin’s Creed Odyssey at launch, so this confusion isn’t deterring would-be Vikings from riding with Odin. Some criticism was levelled at the developers for ableist language, for which an update’s on the way. We have guides on using Ymir’s Tear Stones, and unsealing the well during the Well-Travelled quest, if either’s giving you trouble on your journey.