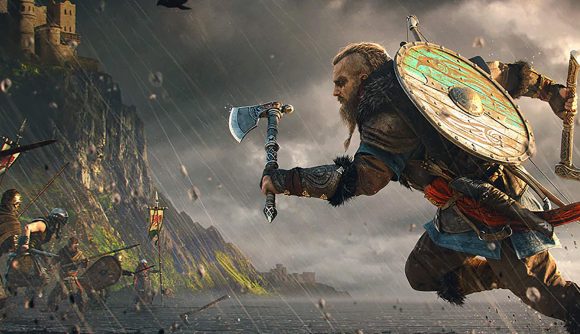 Ubisoft says it’s shifting from a four-week to a five-week cadence for major updates for Assassin’s Creed Valhalla, partially out of recognition that some of the past title updates for the massive Viking game “may not have met your expectations or been up to our standards.” The latest developer blog for Valhalla provides a peek into the update pipeline, as well as a rough roadmap for what Valhalla players can expect in the coming months.

“We have made several changes to production pipelines and tools so that we can deliver more robust updates,” the post reads. “With the application of these changes, we have made the decision to delay our next Title Update (1.2.1) to April 27 and Wrath of the Druids expansion to May 13.”

The post specifically calls out three outstanding issues that will be at least partially addressed in the upcoming (but slightly delayed) title update this month: there’s the missing fish issue, which will get a partial fix in title update 1.2.1 and fully resolved in June; the In the Absence of an Ealdorman quest, which should see most (but not all) issues resolved this month; and the Pig of Prophecy quest, which despite being considered side content, should have a fix applied in the April update.

Looking ahead, there’s still more to come for Valhalla: Ubisoft says we can expect another title update (1.2.2) in late spring, as well as a new free game mode called Mastery Challenge in that same timeframe.

To date, Valhalla’s updates have been a combination of myriad bug fixes and new content additions, which includes dropping way more cats into medieval England.