When you complete the story, you ought to have four Danu remaining, with one lead to investigate on two of them (this was the case for us, and we hadn’t done any investigating outside of the story). Following these clues will lead you to the remaining undiscovered Danu – you don’t have to do any other activity to generate the leads you need.

If you’re stuck on these last four Danu or looking to expedite the process, here’s how to find them quickly without following the clues. 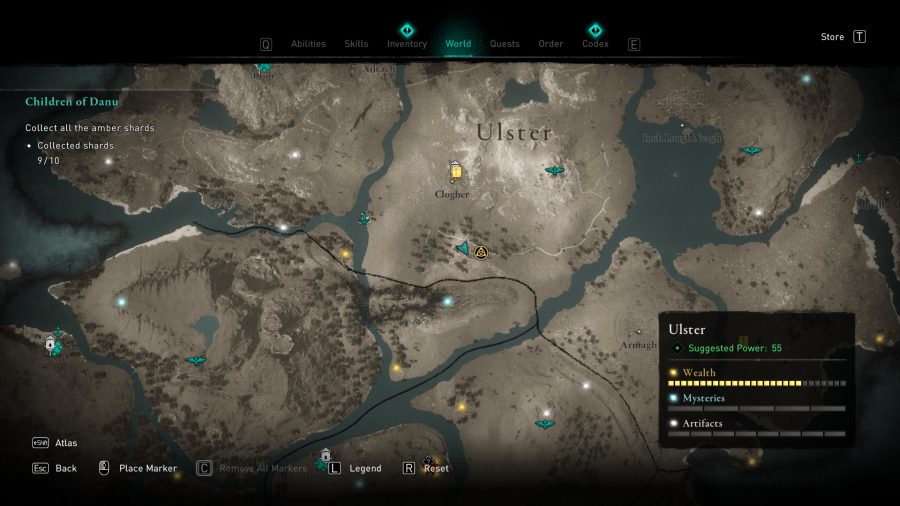 The Blaze is Conlae, he of the Flames. He can be found wandering around the burned village in southern Ulster. If you go directly south of Clogher you’ll hit the village’s western end, so just head east from there, keep your eyes peeled, and you should run into him. He has a wolfhound with him and uses fire attacks. 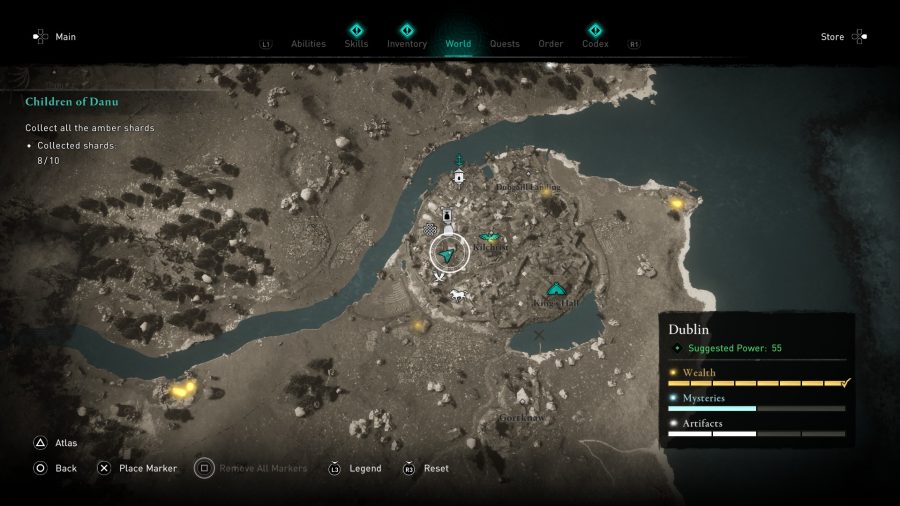 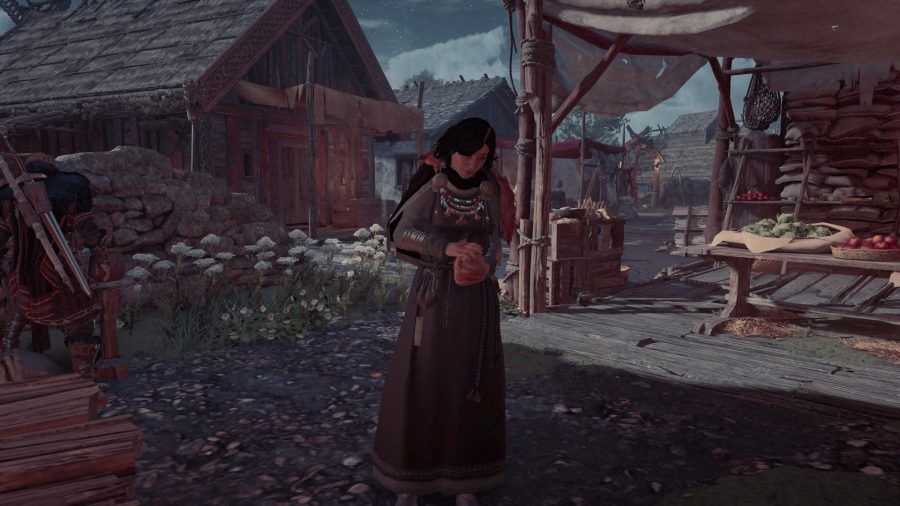 The Spider is Aideen, merchant of Dublin. She can be found roaming the city’s markets in between the icons for the drinking contest and the general shop. A slight complication is that she looks like a regular civilian – her identity isn’t highlighted until you find all her clues – but you can still kill her without penalty if you pick the right person. Look for a well-to-do brunette woman wearing a jeweled necklace, a navy dress, and a dark shawl, and constantly handling her purse. If you get the ‘confirm kill’ prompt, you’ll know you chose well. If not, just reload. 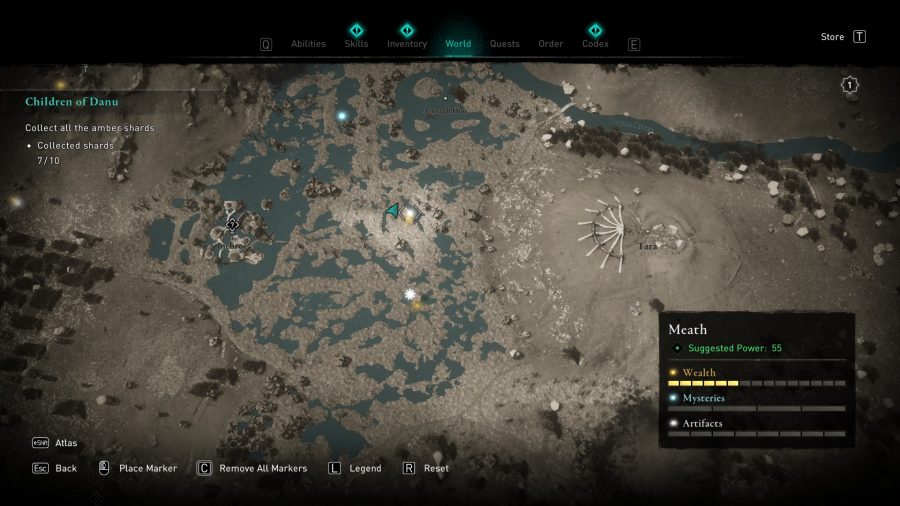 The Whisper is Leasleach, madwoman of the bogs. She can be found wandering around the swamp in central Meath, west of the Tara and east of Inchroe. Take a look at the heart of the bog, between the ‘M’ and ‘e’ in Meath, and you should find her quite quickly. She has a pig. 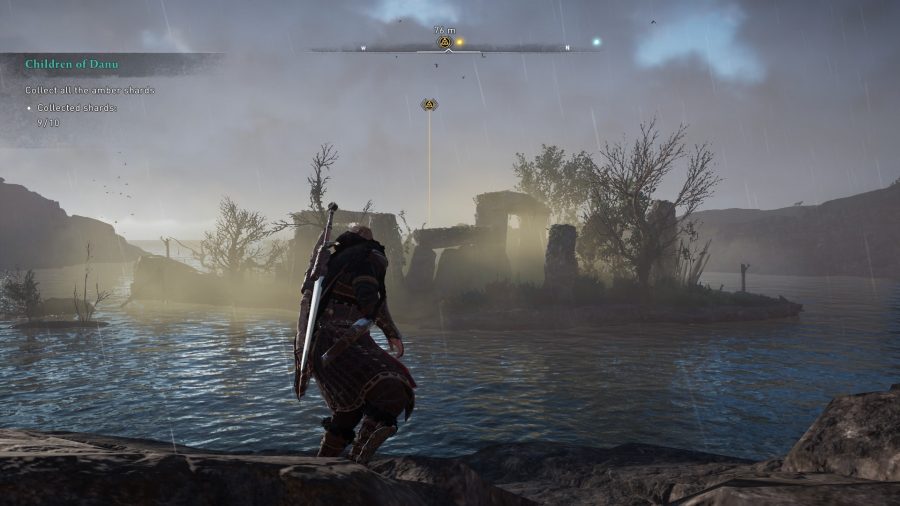 The Mist is Trian, he of the stone circles. He can be found at Doon Fort, a small island with some wealth secrets directly northwest of the Errigal Summit sync point in west Ulster. He’s surrounded by other druids in hallucinogenic mist.

Once you’ve killed all the Danu, return to Deirdre. You’ll receive the Amber Sun quest, which is the conclusion to this arc, and probably the most spectacular boss fight of the DLC. 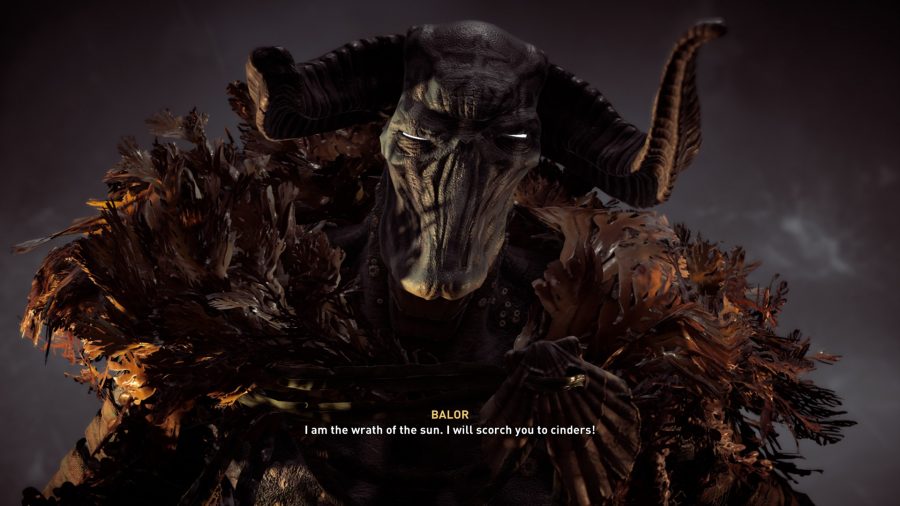 Balor looks scary, but from our experience he wasn’t too challenging. Here are a few important tips:

Stay close. When you’re in his face he’ll mostly resort to his two-swing sword combo, which hurts, but once you get the timing down it’s quite predictable and easy to dodge, at which point you can roll into his rear arc and hack at his legs. If you’ve got the Brush with Death perk, which slows time with every successful dodge, that’ll make this tactic even more rewarding.

Balor will try a couple of other moves from this position. One involves him plunging his sword into the ground to conjure a pool of light, which hurts if you’re caught in it, but you should have ample time to get out. If you’re quick, you can then use your bow to shoot the weak spot on his back and deal some stun damage, or simply get a couple of shots at his face. 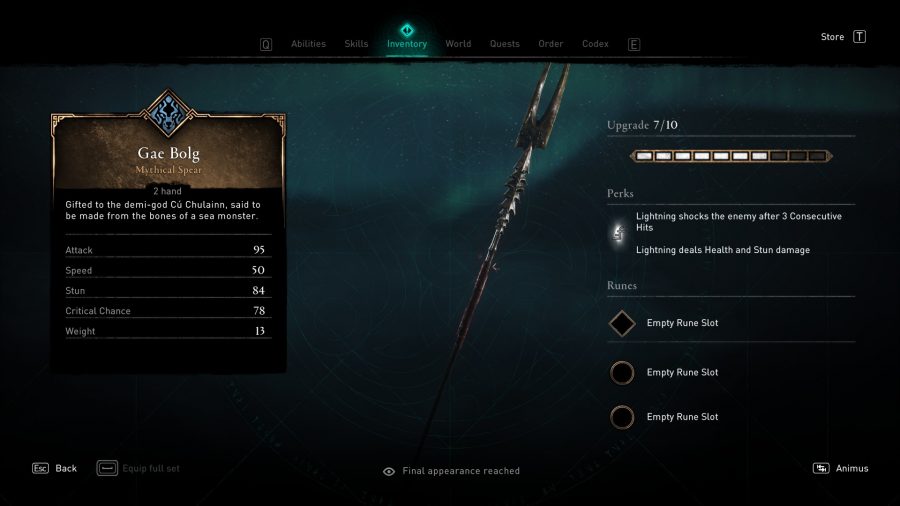 The only move that consistently caught us out is a very quick rearward sword slash that segues into a jump away, which he’ll occasionally use to put some distance between you. He doesn’t telegraph this as obviously as his big swings so it’s harder (though still possible) to dodge, but it doesn’t do much damage, so we simply put up with it. The important thing is to close the distance again and repeat step one.

If he does get away from you, he’ll deploy an eye laser attack once he’s removed his helmet (after about a third of his health is gone). Just run to one side and you should avoid its tracking – dodging will exhaust your stamina too quickly. It’s very powerful, but he’ll only deploy it at range so, again, stay close.

When Balor goes down, you’ll claim the mythical spear Gae Bolg. It’s classified as Wolf gear and strikes enemies with lightning, which deals health and stun damage, after landing three consecutive hits on them. This is hugely helpful against any chunky enemy that isn’t great at dodging or blocking – like Balor, somewhat ironically.

For more on Assassin’s Creed Valhalla, check out our Wrath of the Druids Dublin renown guide to complete this DLC quest.