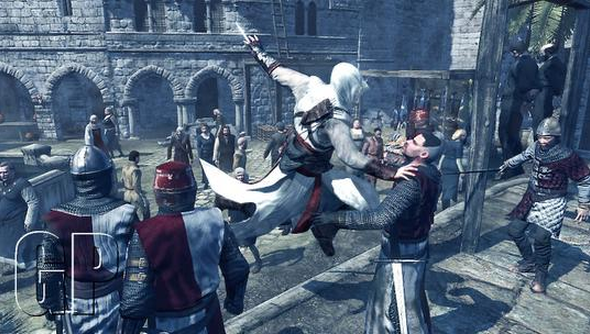 Retract your wrist blades, reader. You’re not going to be carving your way into a screening of the Assassin’s Creed movie anytime soon.* 20th Century Fox has announced a new release date for the Assassin’s Creed movie. Originally due out in Summer 2014, the film hit production issues which has caused a slight delay. You can now expect the film to drop into your local cinema on December 21, 2016.

When the Assassin’s Creed was first announced back in 2011 Sony was signed on as a distributor and New Regency as the production company. The relationship between Ubisoft and Sony broke down, however, and work on the project ceased until Ubisoft madea new partnership with Fox. At which point the money began to flow and production could kick off anew.

It’s likely down to that switch in distributor and the delay it caused that we’re now seeing Assassin’s Creed come out more than two years after it was originally planned.

Michael Fassbender is still signed onto produce and star in the film (although he’s still not confirmed whether he will be playing Desmond Miles, Altair, or both). Screenwriter Michael Lesslie is still on board to pen the script for the film. And, director Justin Kurzel is pulling the whole thing together.

*PCGamesN does not endorse nor encourage gaining entry to a film with retractable wrist blades, smoke bombs, or any other assassins’ paraphernalia.