The first official Z390 board has appeared on the ever-reliable SiSoft Sandra benchmarking database. The Asus TUF Z390-Pro Gaming board appeared early this morning on the live ranker, though unfortunately it was just running a standard Intel Core i7 8700K CPU, so there’s no further confirmation of an 8-core Coffee Lake processor. Shame.

There’s not a whole lot we can actually take out of the reveal other than the boards are very much on their way soon, as SiSoft is actually displaying the correct name rather than just a generic platform title. We’re expecting the new Z390 motherboards to arrive this quarter so a launch around, or just after, Gamescom wouldn’t be a surprise.

A great motherboard will need the best CPU for gaming.

New leaked roadmaps from Intel have shown that the Z390 boards are set to completely replace the older Z370 chipset motherboards in Q3 of this year, likely in preparation for the Intel Coffee Lake refresh processors to arrive later in Q4. There has still been no official word from Intel on the new chips aside from some published documents that were quickly taken down.

Those documents showed a host of new Core i3 and Core i5 processors, but we’re still hanging out for a proper reveal of the upcoming octa-core Intel Core i9 chips. Those will be the eight-core, 16-thread opposition for the top-end AMD Ryzen CPUs and will likely be arriving sometime around October.

And if the official naming schemes for the new Z390 boards are appearing in the SiSoft database right now, the new mobos can’t be far off release. 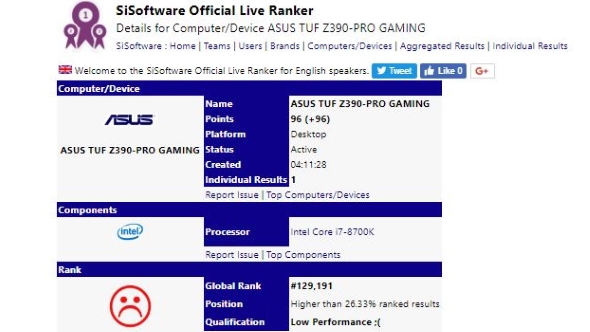 We had expected that Intel might pull the same stunt it did when it first introduced the six-core Coffee Lake CPUs and nix backwards compatibility from the existing motherboards, when it blocked Z270 boards from supporting the 8000-series processors. That was despite early benchmarks showing engineering samples running in the older boards, and overclocking records being broken with Coffee Lake chips in Z270 mobos since.

But this time around it looks like it’s going to be different, with Z370 boards supporting the new eight-core Intel chip. We wouldn’t have been surprising to see Intel artificially limiting compatibility to the new Z390 platform in order to shift some new boards, but that’s hopefully not how it’s going to roll out.

Potentially, thought, that’s why Intel is looking to launch the Z390 boards ahead of the new chips, so that when the Core i9 processors do finally go on sale the Z390 will be the board that the system integrators are using and retailers are pushing.