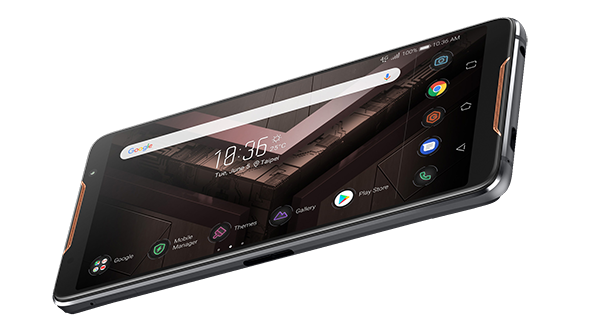 As if the Razer Phone wasn’t enough, Asus have announced the world’s first 3D vapor-chamber cooling system for a phone. Why, you ask? Well, for the ROG Phone. That’s right, smartphones are getting the Republic of Gamers treatment.

Asus are no strangers to making phones, with the companies ZenFone range a pretty well-established range within the world of mobile devices. However, the ROG branding is a slight departure from the usual low-key professional styling of the current flagship range. Supposedly, the general public aren’t into RGB lighting at the expense of battery life? Ridiculous.

Prefer to game on a larger screen? Here’s the best gaming monitors we’ve come across in 2018.

Asus are touting its excitingly-named ROG Phone as the world’s first gaming smartphone – although I’m sure Razer are happy to argue semantics on that one. It features a six-inch design, which houses a 2.96GHz Qualcomm Snapdragon 845 mobile processor and Adreno TM630 GPU. The display is a 90Hz HDR AMOLED with a speedy 1ms response time for all those mobile games.

The ROG Phone features a couple of quirks exclusively designed for gamers on-the-go within the initial design, such as two mounting ports on either side to keep cables out of the way, haptic ultrasonic AirTrigger controls for force feedback, and rear RGB lighting. 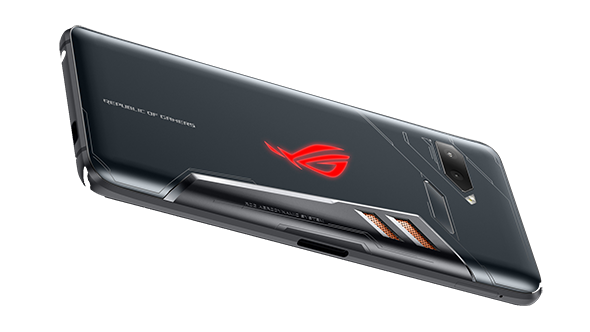 To keep all that mobile silicon cool Asus has fitted the ROG Phone with the GameCool 3D vapor-chamber cooling system to improve the natural heat dissipation properties of the phone itself. However, when under really extensive loads – such as Pokemon GO, the most demanding game known to man – Asus has a new accessory to deal with excess heat.

That’s the AeroActive Cooler: a detachable cooler unit that clips on the rear of your mobile and sucks all the heat away from your system. That’s not all, there’s also two side controllers called the Gamevice that clip on either side of the device, and you can also get a variety of docks – including a desktop mounted one for full-scale gaming. 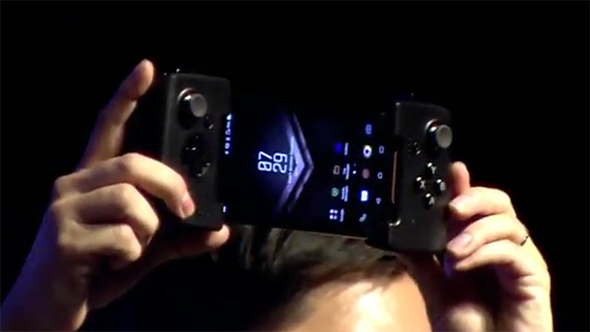 Sound familiar? It definitely seems like Asus has spotted the incredibly popular Nintendo Switch console and decided to get on that lucrative bandwagon themselves. But without the talented first-party and vast third-party support that the Switch enjoys, it’s going to be a tough sell to get gamers to splash out on a mobile phone, that can do it all hardware-wise, rather than two independently capable devices.

Asus has not mentioned a price for the ROG Phone as of yet, but it will be surprisingly to see this device – especially with the added accessories – launching any cheaper than the Nintendo Switch at $299 / £279.

It’s a bold move from Asus to try and merge gamers’ mobile phones and portable gaming devices into one unit – that is “built from the ground up to be a premium phone for gamers with unique features”, as Asus put it. But the ROG Phone will need to be better than both to really convince gamers, and that requires a ton of developer support on the software side, too.