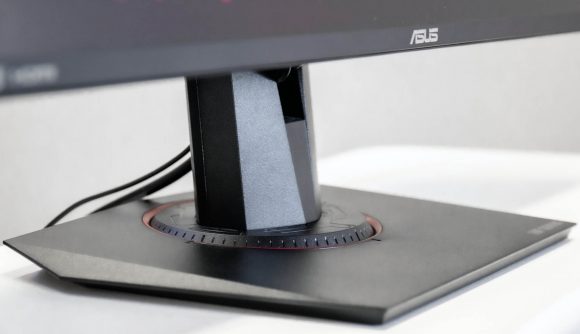 Who says Christmas sales have to take place in December? Not Asus UK, that’s for sure. The company, and its Republic of Gamers (ROG) brand, is hosting its “Christmas in July sale” again, which promises plenty of summerly discount tidings for all. Asus manufactures some of the best graphics cards and the best gaming motherboards, not to mention some of the best gaming monitors, laptops, and all other manner of peripheral and component.

So, there’s plenty to be excited about – Asus says it has “once again managed to arrange discounts on lots of great products including laptops, graphics cards, X570 motherboards, peripherals, and more across both Asus and ROG product lines”.

Asus’s sale doesn’t only involve straight-up discounts, however – the company is also offering new Rate my Gear and Dying Light reward campaigns. Regarding the former, “Many of the products in the sale are also eligible for the Rate my Gear cashback program that rewards £25 simply for leaving a review of a product, saving you even more money.” Regarding the latter, Asus has “teamed up with developer Techland” to announce its “new Dying Light campaign, where any qualifying purchase will allow you to redeem not just a free copy of Dying Light, but also its upcoming sequel Dying Light 2”.

These reward campaigns are in addition to the already-existing AMD B550 cashback campaign where you can “buy selected Asus B550 motherboards and AMD Ryzen CPUs to get up to £100 total cashback”. AMD Ryzen is still standing strong in 2020, with the Ryzen 5 3600 currently being the best gaming CPU by our reckoning, and B550 motherboards being the best future-proof AMD motherboards you can buy without breaking the bank – so this deal isn’t half bad! 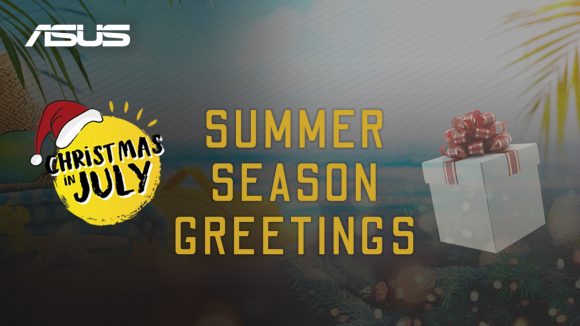 Asus also says it will host “several competitions this year” and that we should “look out on Twitch for UK streamers and influencers offering bespoke prizes for Christmas in July, and you can win a full, brand new ‘Powered by Asus’s setup including PC, Monitor and peripherals (worth £2000) on the Christmas in July landing page”.

After this barrage of deals, what more can we say? Only that there’s plenty to get our grubby paws on, whether it’s from straight-up discounts or one of Asus’s other deal campaigns. With this and the Steam summer sale now underway, there almost isn’t any need for a red-and-white Jolly Old Elf to get stuck up the chimney.

If you want to see what’s currently on offer, visit Asus’s Christmas in July deal page, and to find these deals elsewhere, make sure you watch out for the above image on retailer sites.