The Asus ROG Strix RX 5600 XT 06G Gaming is intended to be the cream of the crop for Asus’ mid-range Radeons; the enthusiast, high-end graphics card to satiate all over-compensators seeking 1080p performance and perhaps a little 1440p gaming, too. But I’m not sure it stands a chance… or ever did.

I’ll admit, I’ve never understood these sorts of over-designed third-party graphics cards. Why spend $340 (£322) on the Strix RX 5600 XT when a decent RX 5700 is actually cheaper at $330 (£314)? Perhaps it owes its existence to a dedicated market of diehard ROG Strix fans, or something to do with manufacturer bragging rights that lay on the line with every GPU release, I don’t know.

But these price bracket-busting graphics cards are something we’ve come to expect from both AMD and Nvidia’s AIB partners nowadays. And before it ever left the factory floor, the Asus ROG Strix RX 5600 XT has been falling head over heels over a fiscal cliff-edge. With AMD and Nvidia cramming graphics cards into the slightest sliver of space in the market, these exuberant attempts at premium mid-range cards fall on deaf ears.

That said, the AMD/Nvidia price war has been a boon to the best graphics cards for the most part. In order to keep the newly-discounted Nvidia RTX 2060 in its rear-view mirror, AMD announced it would be distributing supercharged RX 5600 XT BIOS files to inspire lofty GPU and memory clocks that were initially penned off to ring fence performance of the RX 5700 series. This simple firmware update increases gaming performance considerably: up 10% in some cases. 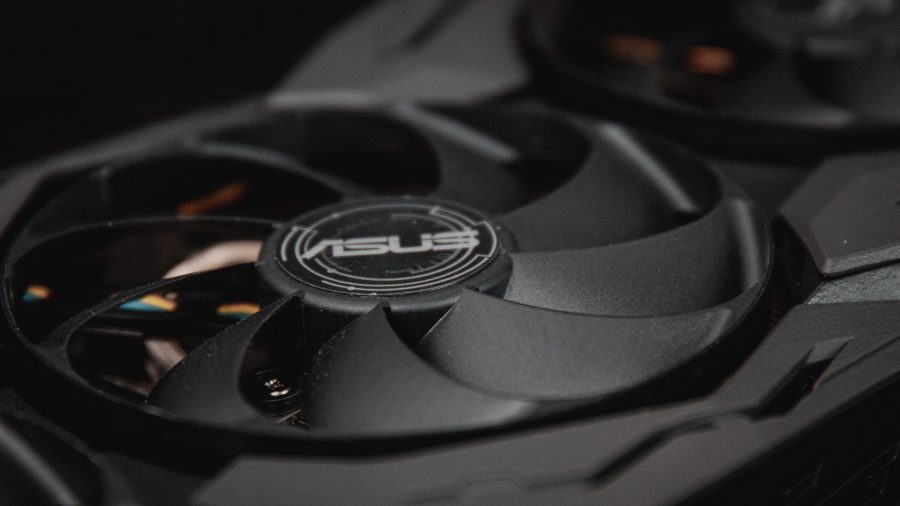 While far from a universally adopted boost, the ROG Strix 06G and ROG Strix TOP (T6G) are capable and willing. The former requires a manual BIOS update to get it up to speed, while the latter will ship with update in tow from March, 2020.

That 10% counts for a lot, too. The ROG Strix maintains a decent lead over Nvidia’s RTX 2060 in DX12 games, and relative parity in DX11 titles. That’s a big win for PC builders looking around the sub-$300 graphics card market, and we’ll take what we can get.

But even with a heady BIOS boost, the ROG Strix is left in a rather precarious position. For one, it’s unable to outpace the Sapphire RX 5600 XT Pulse: a $289 (£289) graphics card.

There’s often little more than $50 between GPU generation nowadays, and the shift in price from the cheaper Sapphire card to the ROG Strix does not materialise in any extra frames. With little overhead afforded to either card, and the Pulse’s GPU and memory clock parity with the ROG Strix at 1,750MHz, both offer nigh-on identical performance. If anything, the Pulse maintains a frame or two advantage.

The performance lead is most pronounced in Heaven, where the Sapphire card ekes 12 frames greater on average at 1080p. In Assassin’s Creed: Odyssey the two RX 5600 XT’s are more or less equal. The same can be said for Deus: Ex: Mankind Divided, Metro Exodus, and Far Cry: New Dawn.

While it may offer value against Nvidia’s comparative stack, which AMD has been evidently keen to crumble like day-old digestives, its price tag has it treading in RX 5700 infested waters, too. 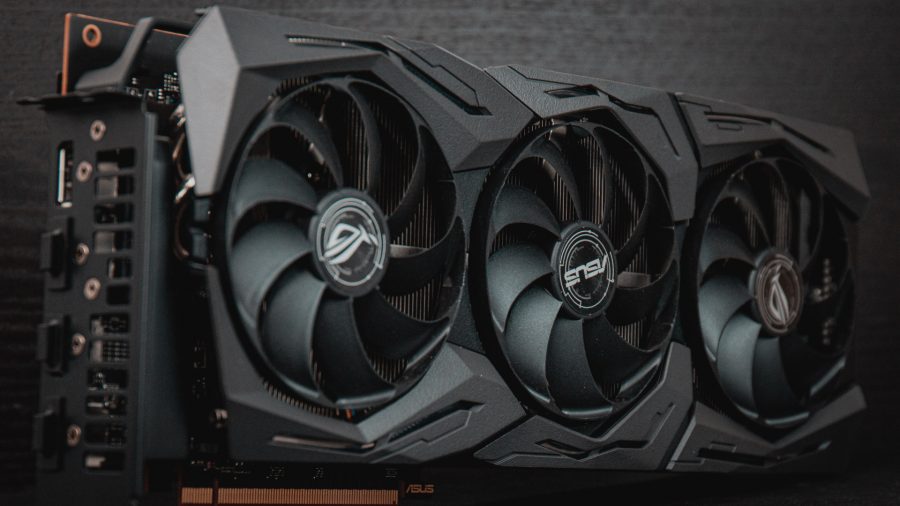 Can't decide between AMD and Nvidia's mid-range offerings? We've pit them head-to-head to find the winner.

Despite Compute Unit (CU) parity at 36 a piece, the stock RX 5700 outperforms the Asus ROG Strix RX 5600 XT every step of the way. In the memory-friendly Heaven benchmark the RX 5700 runs some 26% faster at 1080p. That’s a bit of an outlier in terms of raw percentage gain, but throughout our benchmarking the advantage of faster, better-fed memory is evident. In AC: Odyssey, the RX 5700 is 14% faster. In Deus Ex, 12% faster. You get the idea. It’s simply the quicker card, and it’s cheaper.

Thanks to another launch day shuffle back in July (the first time it was the RX 5700-series prices that were slashed to fend off Nvidia), the high-end Asus ROG Strix RX 5600 XT is poorly placed against the 8GB RX 5700.

Considering the pricing disparity, the performance of the ROG Strix isn’t up to scratch. But what about thermals? That colossal cooler strapped onto the ROG Strix has to count for something, right?

Correct! It delivers an operating temperature some 5° Celsius lower than the Sapphire Pulse. If you’re after a mid-tier card that doesn’t break a sweat, this is it. And it’s got a 0db mode to ensure your gaming PC doesn’t mellow your vibe in some atmospheric indie game. This thing’s a beaut, complete with dual BIOS switch between quiet and performance, 0db mode, Axial-tech fans, and those nice RGB lights we all like, too.

Yet, sadly, the RX 5600 XT never really stood a chance. No matter the cooler, the build quality, or the bright lights, the Asus ROG Strix was kaput the moment it was priced up in a RX 5700-series vacuum. But I’m not sure how it could’ve gone any other way. With AMD and Nvidia tussling for mid-tier supremacy, jostling prices and performance on a whim, the slim margin sometimes left for a graphics card as lavish as the Asus ROG Strix RX 5600 XT has been gobbled up.

It's no life for a Strix nowadays. With greater memory bandwidth delivering higher fps in-game, your money is better spent on an RX 5700. Its only consideration is perhaps in a silent gaming PC build, where the 0db mode and Axial-tech fans render it near-silent.