I’m a big fan of Asus gaming monitors. The over-the-top ROG aesthetic might not be for everyone, and the ring of RGB LEDs adorning the back of the latest Strix displays might be distracting for anyone else not just staring at the screen, but they absolutely deliver on the features and the fidelity.

This Asus ROG Strix XG32VQR is basically the updated version of the already excellent ROG Strix XG32VQ, but introduces both the VESA DisplayHDR 400 rating and support for AMD’s FreeSync 2 HDR technology. That means you get the smooth gaming syncing technology from AMD based on the Adaptive-Sync standard, as well as support for HDR gaming.

Yeah, I know. HDR gaming is still a colossal fustercluck on PC and I can still only think of Resident Evil 7 actually using it to good effect. And even then you need to have a pretty decent display implementation to get the most out of the game’s intense – and intensely gloomy – visuals. Thankfully Asus has delivered a decent display for HDR, though it’s not the FreeSync 2 HDR support that has made that possible…

We are still talking about a VA panel used inside the new Asus screen, with the same 1440p native resolution, 32-inch scale and pixel pitch, and a 144Hz refresh rate. It’s also sporting the same fetching 1800R curve that the XG32VQ used to good effect.

And fear not RGB LED fans, the new display has all the pointless lighting you could possibly want. There’s the down-firing LED from the base of the stand, which illuminates the desktop with whatever inserted shape you choose to drop into it, and there’s that multi-coloured ring of light around the back of the panel too. None of which you’ll be remotely bothered about when you’re using the monitor because you’ll be looking directly at the screen itself. 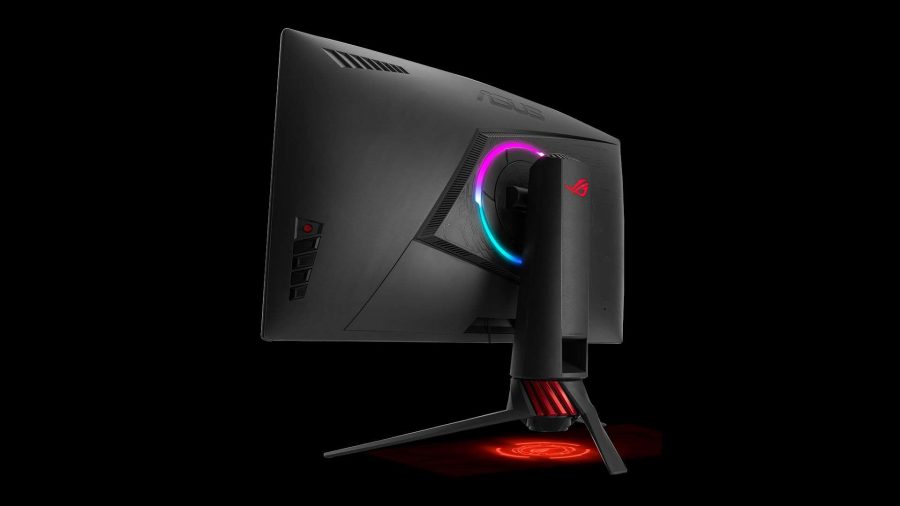 But it’s the lighting of that screen where the difference in the panels is the most obvious. Asus has added some extra brightness to the display which gives the new monitor its fresh HDR capabilities. From the 300cd/m2 peaks of the older XG32VQ, the new version has a rated peak luminance of 450cd/m2.

Considering screens such as the Asus ROG Swift PG27UQ are able to offer brightness up to 1,000cd/m2 that might seem a little low rent, but it’s also worth pointing out that we struggled to get a particularly satisfying HDR gaming experience even out of that incredibly expensive screen.

With the extra brightness Asus has also been able to grab the VESA DisplayHDR 400 certification, with the promise of a decent HDR experience should you so wish. The panel is never going to be able to stand toe-to-toe with the beautiful OLED TVs you can jam your PC into, or even some of the pretty standard HDR televisions your PS4 Pro or Xbox One X can blow their visual beans over. But thanks to some Asus-y features inside this gaming monitor it does actually deliver some pretty effective game time, and it’s actually nothing to do with the AMD FreeSync 2 HDR support that it’s also offering.

But yes, FreeSync 2 HDR is part of the package, meaning that you get super-smooth gaming thanks to its effective frame synchronisation, as well as the confidence that you’re going to get the same slick experience when you enable HDR too. 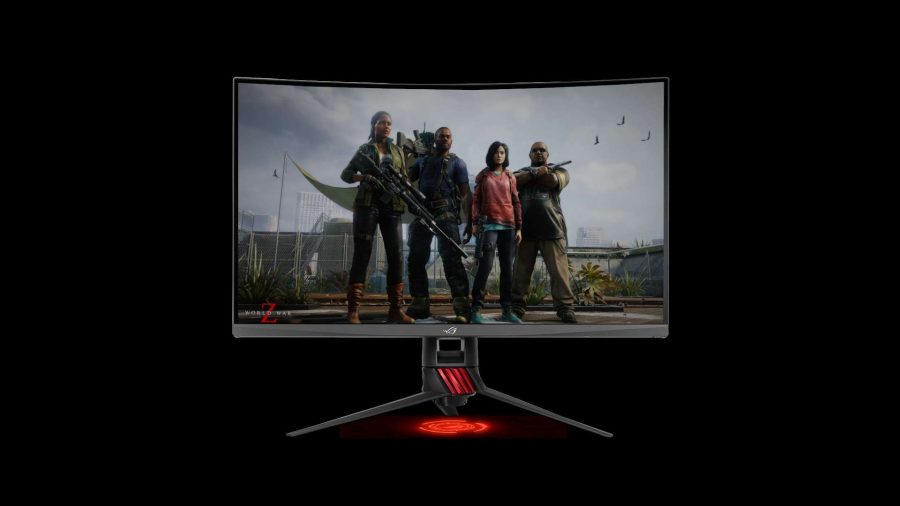 The different levels of HDR built into the display means that you can either stick with the AMD adaptive-sync adaptation, or go with either Asus Gaming HDR or Asus Cinema HDR instead. Though remember when I was talking about what a mess PC HDR is? Yeah, sometimes the options don’t appear, so you’re not always able to pick your HDR poison. Which is a shame because the HDR effect is far more impressive using either of the Asus options than the FreeSync 2 HDR version.

FreeSync just seems incredibly washed out, with the brightness wacked way up meaning that, while you are able to see a little more clearly in the gloomy environs of Resi 7, it in no way looks good. Flick over to the Asus own settings and the blacks look deep, and the brighter highlights really pop. Well, pop as much as a 450cd/m2 backlight can anyway.

But peak luminance is only one part of the equation, with the actual panel quality making more of a tangible difference to image quality. And the VA panel here is a pretty impressive one, offering high levels of contrast at both the top and lower ends of the spectrum. It’s actually more impressive than the XG32VQ, though I believe that is more to do with the added Asus Shadow Boost feature of the newer display. 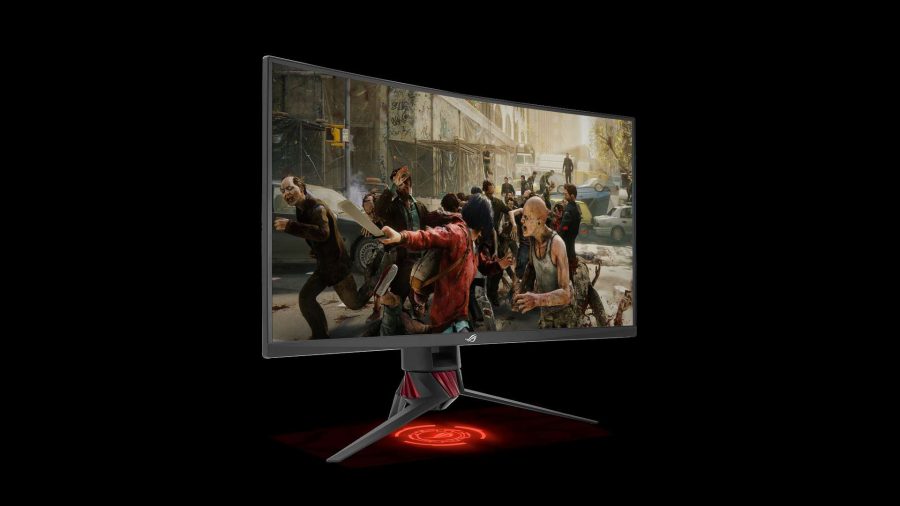 That all extends to the black levels too, with a clear distinction between the darkest shades of grey the panel is able to reproduce. The white saturation of the screen is also pretty good, not outstanding as you lose some detail with the very brightest of tones, but it’s easily as capable as the XG32VQ.

There is one place where I’m not so convinced about the newer panel, and that’s with regards to the viewing angles. As a VA panel they’re obviously pretty good, with none of the washing out you get from a TN screen, but there is some obvious colour change across the vertical stretch of the display which the older panel doesn’t show.

The ROG Strix XG32VQR then is a quality gaming monitor, with some decent HDR chops, the excellent frame syncing of AMD’s FreeSync 2 HDR, which is now usable even with an Nvidia graphics card. It’s a little more expensive than the older panel, which you can now pick up for less than £500, but it’s a superior screen and will likely soon retail for around the same sort of price.

The latest ROG monitor is a direct replacement for the XG32VQ, with just enough of an upgrade to make it absolutely the superior choice for the discerning gamer.