Having expanded a little since the initial high-end Zephyrus, the GX501, took to the shelves, the GX502 is a two whole millimetres thicker than the past model at 18.9mm. How will we cope? As a trade off, the GX502 weighs 0.2kg less than its predecessor, which will overall have more impact on overall user comfort than a slight increase in depth.

The GX502 is built for gaming and content creation; we expect nothing less from a £2,500 laptop in 2019. Packing a 144Hz, 3ms, 100% sRGB Pantone-validated G-Sync IPS screen, the Zephyrus easily tops the accuracy and colour depth of many gaming laptops on the market today. It’s not quite professional depth by some of today’s more stringent colour spaces, but it’s pretty darn accurate by gaming standards.

The 144Hz model isn’t available to purchase in the UK, however. Instead you’ll have to opt for the overkill 240Hz panel.

Asus has done away with the copper highlights of the first generation model, replacing it with a matte black plastic finish. This construction, aided by the beehive-like structure on the interior, feels sturdy and flexes relatively little even when applying some weight. There’s also space to rest your wrists nowadays as the keyboard has been shifted back to its usual position.

The signature lever-action cooling solution is also making a triumphant return on the GX502. It’s now a little sturdier, a little less precarious, and, most importantly, kitted out with two RGB LEDs.

But there’s one thing missing from the GX502’s frame: a webcam. Anyone likely to make heavy-duty use of a webcam is sure to have a discrete unit, but if you are one of the few casual or business users that, on the off chance, might beam your mug out to the world, you might be a little miffed at the lack of an integrated unit. There’s also no SD card reader, which again might be a bit of a bugbear for business users or content creators.

Read more: These are the best gaming mice going

Moving on from the exterior, on system startup there’s a rather loud slashing sound programmed into the ROG splash screen. You can turn off this super-nifty feature from the BIOS under “animation post logo audio.” And I highly recommend you do. 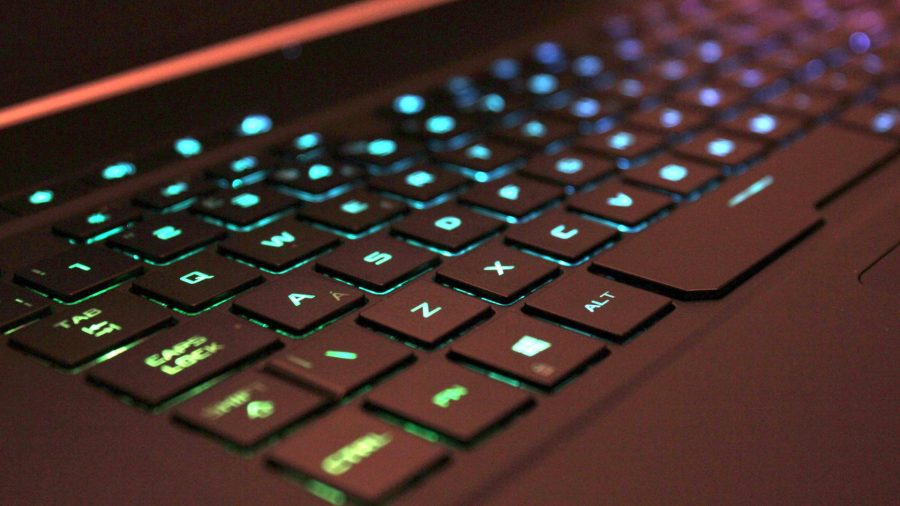 Performance varies from parity with larger RTX 2070 models to some 10% slower in some titles on average. The GX502 did disappoint a tad across synthetic benchmarks, such as 3DMark Time Spy and ray tracing-rehearsal Port Royal. Our best guess would attribute this to thermal constraints within the Zephyrus’ diminutive chassis. We experienced a similar synthetic score drop-off on the 17.8mm Razer Blade 15, too.

The Zephyrus wouldn’t stay down for long, however, clawing out of the trough and back into high-performance territory during gaming workloads.

In the set run of the Metro Exodus benchmark, both RTX on and off, the Zephyrus shined brightest. That performance dropped somewhat in Far Cry New Dawn compared to its thicker competition, losing out, understandably, to the Strix Scar II, Alienware m17 with RTX 2080 Max-Q, and the immense Aorus 15 X9 equipped with RTX 2070 Max-Q.

Provisions for heat can make for dramatic disparity in performance across even identical graphics silicon. The RTX 2070 should outperform its Max-Q sibling, however, with Nvidia GPU Boost 4.0 on Turing, the power-limited mobile variant may take the lead with the right cooling solution in hand. As made evident between the Zephyrus and Max-Q Aero in Far Cry New Dawn.

We also ran our benchmarks on the default balanced preset. In addition here’s the option for silent, turbo, and manual from with the ROG Armoury Crate software, accessible via one click of the dedicated ROG emblazoned key. Turbo mode also enables ROG Boost clocks, taking the peak clock speed we experienced from 1,575MHz on balanced to 1,635MHz. Noise cancelling headphones recommended.

The GX502 fares far better in CPU benchmarking, especially synthetic benchmarks such as Cinebench R15. Intel is a bit miffed with the extensive use of this benchmark right now, but in this case it adequately demonstrates the 9th Gen Intel Core i7 9750H confidently topping its 8th Gen predecessor, the Core i7 8750H. And it even comes awfully close to the i9 8950K in single-threaded performance despite the Zephyrus’ dainty frame. 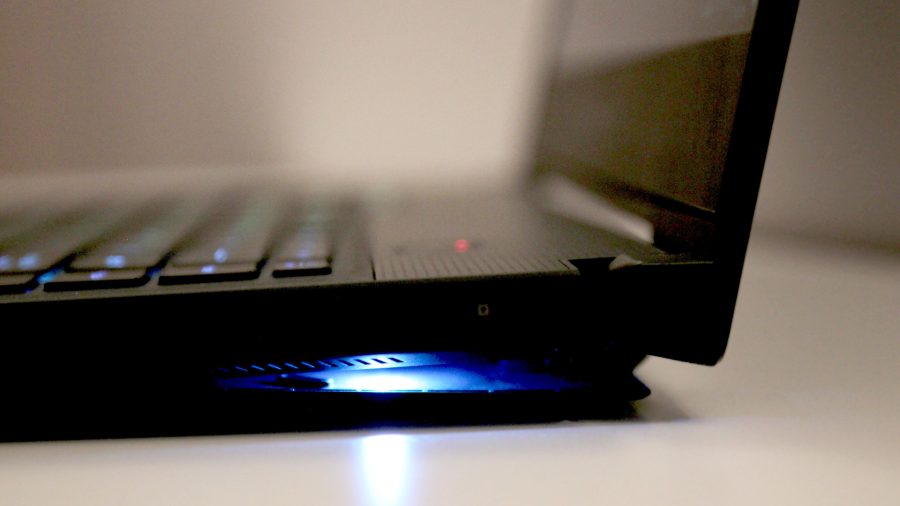 Asus has seen fit to do more with the Zephyrus than a simple switch to the latest Intel and Nvidia silicon, the 2019 redesign has also offered the company a chance to tweak the thin and light formula for the better. The laptop feels sturdy, fully-featured, and its material construction is worthy of its premium price tag. But you will be paying a lot for this laptop, roughly £2,499. As such, there’s little to no wiggle room for anything less than obsessively thought out.

Simply the best: These are the best gaming headsets around

But unlike most high-end gaming gear, the Zephyrus GX502 is not over-provisioned. It can’t afford to be when every gram and every millimetre is a competitive advantage ripe for rigorous marketing on all sides. You are paying to shave off that little 0.2 of a gram here, 0.1 of a millimetre there, while still retaining a fully specced GPU.

The decision for full-fat graphics makes for strong 1080p gaming, even if that high refresh rate panel may be under utilised for anything bar the least graphically demanding esports titles. It’s also a pretty thirsty design, but none more so than competitors’ similar kit.

Sacrifices must be made in this tight form factor, and the Zephyrus GX502 makes ample, smart decisions to walk that razor’s edge between practicality, performance, and power.