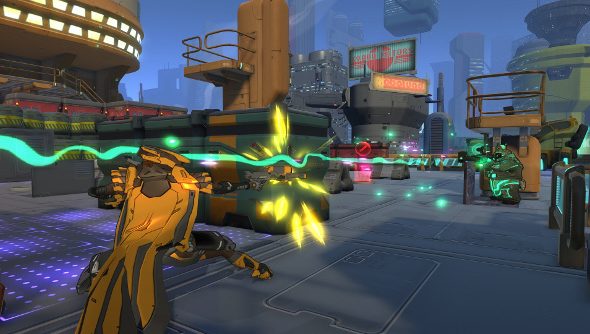 Atlas Reactor’s intriguing blend of MOBA and XCOM has been floating around our collective gaming consciousness for around a year. It launched into Steam Early Access at the start of May after Trion Worlds decided free to play wasn’t the way to go, instead making it a mid-priced game with upgrade options. This weekend they’re allowing everyone in for free though, starting from now until the end of Sunday.

An intimidating field of upcoming PC games for Atlas Reactor to be a part of.

If you’re unfamiliar, it’s MOBA heroes, abilities and big personalities mixed with the turn-based tactics of XCOM. It looks like this:

Pretty, eh? Turns are taken simultaneously, so you tell you folks what to do for each stage of a turn, then they execute those movements, attacks and abilities at the same time as your opponent. Prediction is as important as perception.

If you want to give it a shot head over this way. Free access will cut off come Sunday, but it’s $19.99 / £15.49 on Steam, which includes all the characters. For a little more on the game, here’s what Matt thought of the Atlas Reactor beta. We also asked Trion Worlds why the switch from free-to-play.