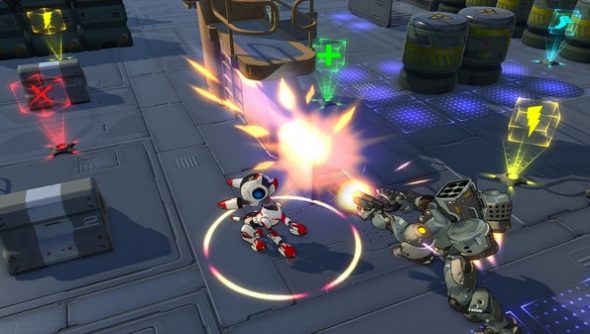 If you want to try Atlas Reactor – Trion Worlds’ competitive team tactics game – before it releases, you can download it on Steam and have a crack at the open beta now.

Practice playing well with others in our list of the best co-op games on PC.

You might have heard the news recently that Atlas Reactor was abandoning the free-to-play model and will be instead priced as a premium game when it finally releases some time this year.

Luckily, you can still try it for free right now, as its open beta just launched on Steam.

If you’re wondering what it is exactly, it’s a turn-based tactical game where everyone’s turns play out at the same time, opening play up for plenty of mind games.

It probably feels pretty great to correctly guess what you’re opponent is about to do by aiming directly at their destination.

Atlas Reactor’s open beta will end on May 15, and the full game is planned to launch for$29.99 this year.