Poor microphone quality is one of the leading causes of losing matches, whether your teammates fail to hear your incredibly valuable callout or you end up in a static-filled shouting match with a random. Thankfully, you don’t need to be a streamer with a fancy setup to get yourself an upgrade, with plenty of USB desktop microphones to choose from.

Audio-Technica might not be a household gamer brand, but it is known for its balance between quality and value, making audiophile equipment that much more affordable. And, for a limited time, you can grab the Audio-Technica AT2020USB+ cardioid condenser microphone at a discount. Over on Amazon US, it’s been reduced by 45% at $149 and 14% cheaper in the UK, down to just £124.

Under the hood, the AT2020USB+ gives you a 20Hz – 20kHz frequency response, which is much wider than the 50Hz – 18kHz of the microphone on the HyperX Cloud Alpha – our best gaming headset. Numbers like this don’t really do the clarity of either justice, but it helps shine a spotlight on the difference between dedicated versus detachable microphones.

Since the AT2020USB+ ships with a tripod desktop stand, purchasing a boom arm is optional, but would keep your microphone away from your keyboard and closer to your mouth. Audio-Technica even packs a 5/8″-27 to 3/8″-16 threaded adapter into the box, just in case you wanted to mount it elsewhere without compatibility issues. 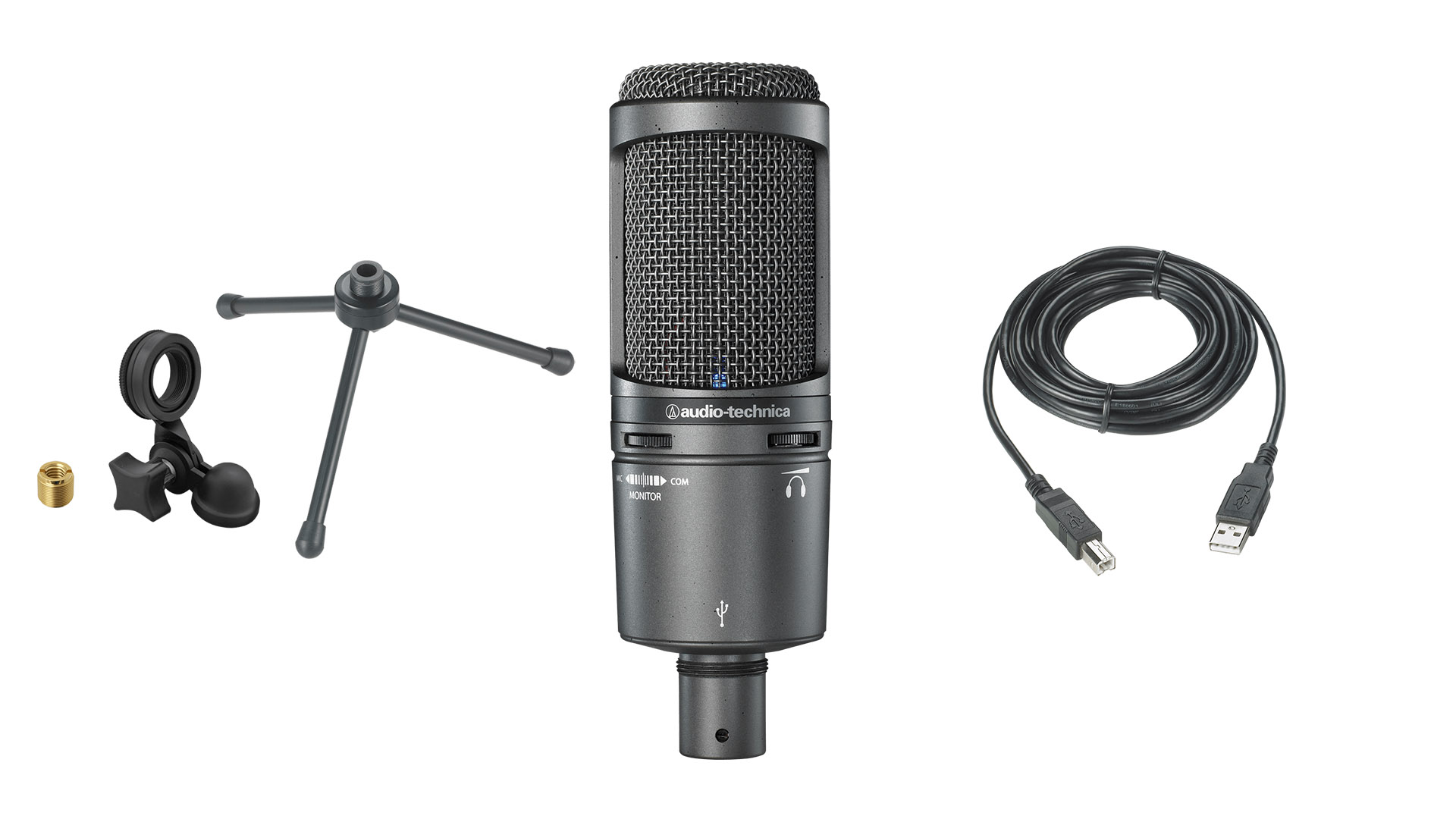 The best part is the convenience of the AT2020USB+, plugging straight into your system via USB rather than fiddling about with an XLR interface. There’s even a 3.5mm headphone jack for those who want to monitor how loud they’re talking, and both mix and volume controls on the mic itself.

If you’ve ever wanted to take the leap with desktop microphones, now is your chance with the AT2020USB+ at bargain prices.