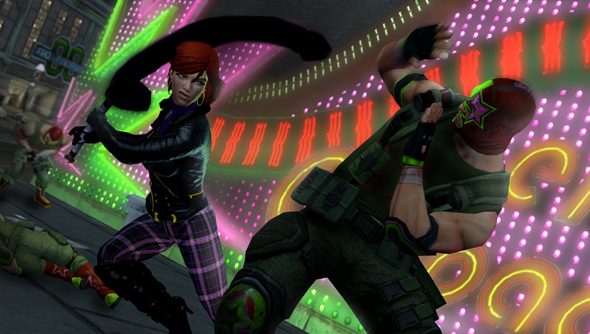 After repeated tussles with the Australian Classification Board, Saints Row IV will finally, for sure this time, be available for sale in Australia, bar one slight change, and it’s not the one you might think.

For a game infamous for its unrepentant inclusion of raucous features like dildo-based weaponry and general titillation, it’s not Saints Row IV’s sexual content that was presenting a problem for the Australian Classification Board. Instead, it’s the portrayal of alien narcotics as a positive influence on the player character, imbuing them with superpowers.

So Deep Silver, now the publishers of SRIV after the THQ collapse, have opted to just remove the offending mission from the game for the Australian audience. They had the following to say:

“To achieve this rating one loyalty mission featuring the character Shaundi has been removed. This mission has been widely reported on and contains the use of alien narcotics to obtain certain superpowers. This mission represents approximately 20 minutes of gameplay out of the hours available to purchasers.

“The removal of this weapon has no negative impact on the story or the superpowers and will not detract from the enjoyment players will get from their Saints Row IV experience.”

Saints Row IV will now carry a MA15+ rating in Australia when it goes on sale on August 22nd.