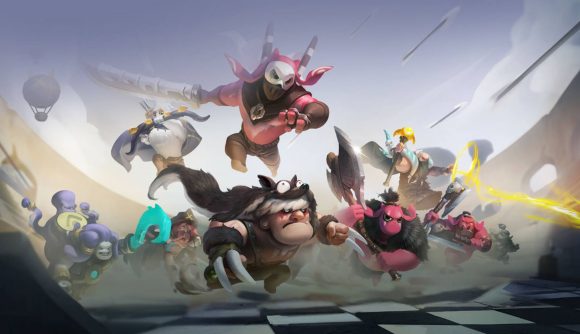 July 4, 2019 Auto Chess is not actually set to launch this week.

Teamfight Tactics and Dota Underlords are busy staking their claim on the emerging autobattle genre, but the team behind the original game is still lagging a little behind when it comes to a PC launch.

Auto Chess, in case you’ve forgotten, is Drodo Studio’s take on the genre. Drodo was the team behind the original project, Dota Auto Chess, but they eventually split off from Valve to make their own mobile version of the game, without the art assets that they’d borrowed from Dota. Auto Chess initially launched on Android, but during E3, the developers announced that the game would launch on PC via the Epic Games store.

Earlier this week, Epic tweeted saying that an alpha test for the PC version would hit the store later this week. However, that tweet has since been taken down, casting doubts over the official release date.

According to PC Gamer, a representative from publisher Dragonest got in touch to say that “despite the tweet, the Auto Chess alpha will not begin this week, and that an actual start date has not been set.”

That’s a shame, as it means that Auto Chess is likely to lose even more ground to its major PC competitors. While Dota Auto Chess was on the up, there was no mainstream title with any significant similarity. Now that Auto Chess is making a go of it by itself, it’s got Teamfight Tactics and Dota Underlords to (auto)battle against, which could make things a little harder to deal with.