Auto Club Revolution has been burning up the track for two years, but developer Eutechnyx thinks it’s about time it had a full service. An oil and filter change, new spark plugs, new body panels, and a slick paint job is only just the start of it; Auto Club Revolution is undergoing a whole new refit, being upgraded to this season’s latest model: ACR 2.0. 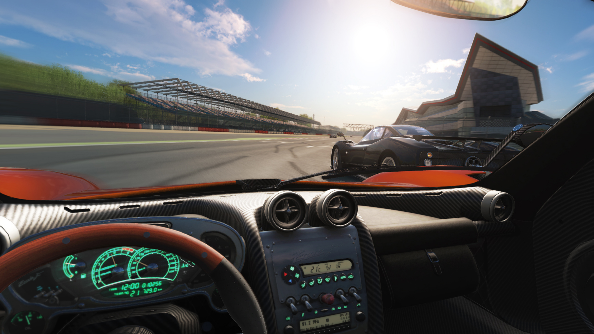 The facelifted version of ACR will launch in closed beta on June 16th, with existing players of the free-to-play racing MMO getting access to the new version to help provide feedback. Newer players will be admitted in stages further along the line.

“We’ve spent two years laying the foundation of an authentic community-driven game for fans of automotive culture. We have hundreds of thousands of players worldwide that motivate us to push the ACR experience even further, and now we are bringing the best ideas to fruition.” says Dave Thompson, Development Director of ACR.

The upgrade brings new car manufacturers to the fold, including performance legends RUF and Maserati. New audio samples have been recorded to replace the current sound effect and help create a more immersive experience. Car interiors are being added to enhance the level of detail, which should hopefully keep the petrol head community drooling.

Oculus Rift is also receiving support with ACR 2.0, so should you be lucky enough to own a headset you’ll be able to race in full virtual reality with ACR. The technology is currently ‘deep in development’ and so won’t be available at launch of the closed beta, but can be expected later on.

If you’re a current player, expect an upgrade to 2.0 on June 16th. For those looking to get involved for the first time, you can register for ACR 2.0 from June 16th, or sign up for the current version at the Auto Club Revolution website.