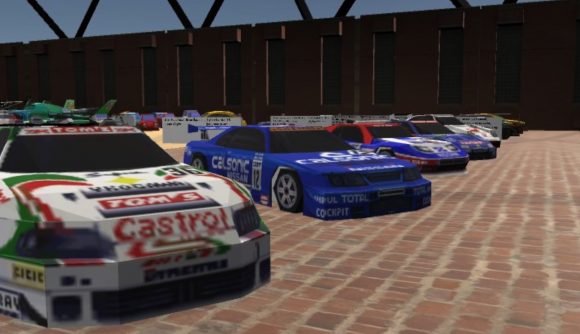 There are few things cooler than cars or retro videogames – except, maybe, for cars from retro videogames. The Nintendo 64 era is arguably the point at which retro and auto aesthetics most thoroughly came together, and Auto Museum 64 is all about celebrating the artistry of the era by collecting many of its greatest vehicles.

Auto Museum 64 is a Unity-based “virtual museum featuring cars, boats, and other vehicles from 20 racing games in the Nintendo 64 library”, and it’s available for free on Itch.io. The game lets you walk around a simple display area, and examine everything from authentic licensed cars of the era to the Hydro Thunder boats and the Lego racer from, er, Lego Racers.

The models are all extracted directly from N64 ROMs, which is substantially more work than you might think – developer Leo Burke explains the process in a forum post. While a handful of car models came out without a hitch, others made heavy use of N64 programming tricks and would not come cleanly – which really makes the archival effort all the more cool.

As Burke says, “These vehicles represent the hard work of hundreds of artists over many studios and are credited herein.”

It’s a similar spirit to that of Noclip.website – seeing old games in new lights is never going to stop being amazing.