If you’ve been keeping up with the Marvel Cinematic Universe then you’re bound to know of Natasha Romanov, aka Black Widow. The bad guy assassin turned good guy assassin is one of the core members of the Avengers, and although she has no ‘powers’ like many of her colleagues, she’s an essential part of the team.

In Marvel’s Avengers game, she is one of the playable characters in the beta and we can tell you from experience that her set up is a ton of fun. Highly mobile and fast on her feet, Black Widow can take enemies like Taskmaster on with no trouble.

Black Widow might not be the strongest of the roster, but she’s probably the slickest and with her grappling hook she almost plays like Spider-Man. We know that’s a reach but we’re just bitter Peter Parker isn’t coming to PC so we have to settle for a character named after a spider instead. Of course, you can always check out our roundup of Spider-Man PC games if you’re not one. Nevertheless, here are all of Black Widow’s abilities and her skill trees.

What are Black Widow’s abilities?

Pounce – Aerial Light Attack – Press square/X while in midair to execute a diving kick attack. Rapidly press square/x three times while airborne to combo a series of rapid kicks that ends in an overhead flip attack. 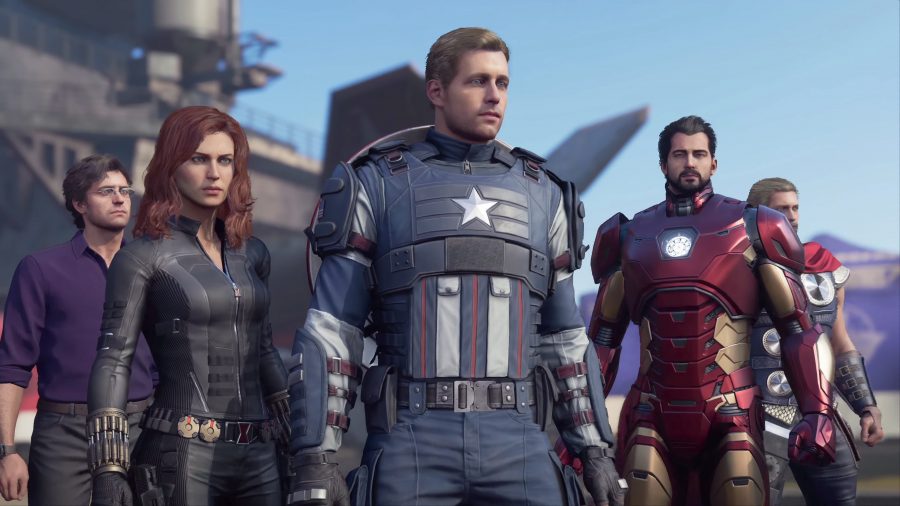 Impact Grenade – Power Attack – Hold triangle/Y while on the ground to toss an instantly-detonating concussion grenade that can launch nearby enemies into the air.

Baton Strike – Heavy Attack Upgrade – Rapidly press square/X four times and triangle/Y once to chain the light attack combo into a heavy combo finisher that slams into the ground and sends targets flying. 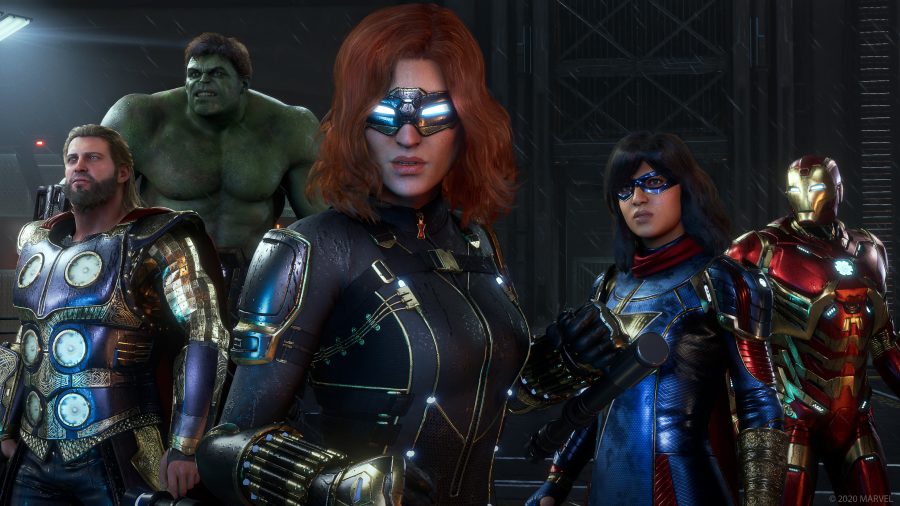 Full-Auto Shot – Ranged Attack – Extended magazine and a full-auto trigger system allow for pistols to be fired at an extremely high rate. Hold L2/LT to aim in, then hold R2/RT to fire a continuous stream of bullets that decrease in accuracy the longer R2/RT is held. Switch to Full-Auto Shots with left d-pad and right d-pad.

High-Caliber Shot – Ranged Attack – Dual Pistols are swapped out for a single, high-calibre pistol that has considerable stopping power. Hold to L2/LT to aim, then press R2/RT to fire. Switch to high-calibre shots with left d-pad and right d-pad.

Perforator – Ranged Power Attack – When using high-calibre shot, hold R2/RT to charge up an ionized projectile that pierces through targets, allowing for multiple enemies to be hit with a single shot.

Widow’s Line – Movement Ability – Press X/A while in midair to fire a grappling hook towards nearby ledges or poles. Pole connections trigger a swing while connecting to ledges, which will cause Widow to quickly zip towards them. Valid connection points are indicated with a HUD maker.

Widow’s Line – Defensive Ability – Press R2/RT to fire the Widow’s Line and quickly zip towards targets. Automatically executes an explosive strike that hits nearby combatants at the end of the attack. Can be performed at close range to counter melee attacks.

Widow’s Sting – Defensive Ability – Press R2/RT just before an incoming attack lands to fire Widow’s Line and successfully Parry the incoming attack, avoiding damage and sending out a forceful explosion that hits enemies in a large radius. Enemies who have been parried will have their impact resistance temporarily reduced, making them easier to interrupt.

Operative’s Feint – Evasion Ability – Hold circle/B when near an enemy to Vault over the target, leaving them momentarily unable to attack. Hold the left stick towards a desired combatant to Vault over a specific enemy.

Whiplash – Defensive Ability – After pressing R2/RT to Parry an incoming attack with Widows Line, quickly press Triangle to execute an acrobatic chokehold manoeuvre that devastates all nearby enemies.

Those are all Black Widow’s abilities in Marvel’s Avengers beta! If you’re less into her athletic style of combat, however, we can recommend giving Hulk’s skill tree a try, Iron Man’s abilities or perhaps even Ms Marvel’s skills might suit you better.