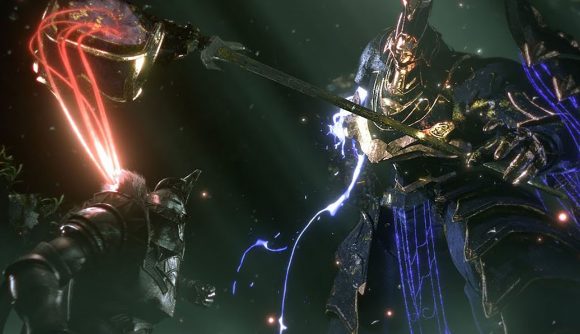 PlatinumGames, the developer of hit titles such as Vanquish, Nier: Automata, and Bayonetta, is currently working on a new game called Babylon’s Fall. It was scheduled for a vague 2019 release date, but it’s now been delayed. Sony’s most recent State of Play stream confirmed the news while revealing a new trailer for the game.

The video, which you can watch below, offers a first glimpse at Babylon’s Fall gameplay. The action-packed style will surely be familiar to anyone who’s played a previous Platinum game. We also see more of the new game’s fantasy setting and gruesome enemies, among other details.

We still don’t have a release date for the hack-and-slash game, but Platinum did promise more information “next summer”. Perhaps we’ll see more at Gamescom or E3 2020. For more, you can check out everything we know about the Babylon’s Fall release date, story, trailers, and more.

The new game will also include the hitherto mysterious Project Resistance, which turns out is a 4v1 asymmetrical multiplayer mode for RE3.