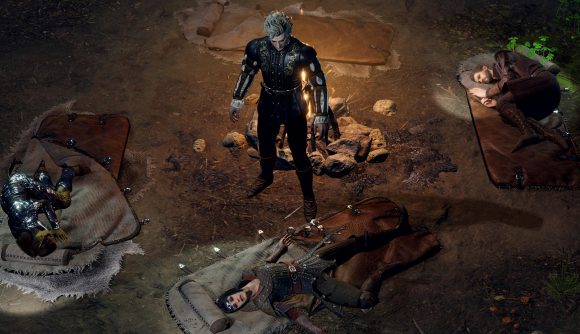 We’ve gotten a load of new insight into Baldur’s Gate 3 over the past week. The sequel to the classic RPG games is coming courtesy of Divinity: Original Sin maker Larian Studios. The developer revealed its turn-based combat in a lengthy gameplay demonstration, and that’s not the only thing that’s changing over the excellent D:OS2.

Morality and player choice will go well beyond what D:OS2 could offer, Larian says in a new community update. “We want to push the limits of every theme within the game, which should allow you to play exactly how you’d like to play. Astarion” – one of pre-made origin characters you can select – “may be a Vampire Spawn, but that doesn’t mean he has to be evil – if hungry.

“Though you saw one path at PAX East, there were many possibilities for good, and evil – note also, everything in between. It has always been Larian’s plan to create games that allow you to play however you wish. This larger team, and this new engine, allow us to push this further than ever before. Much further than Divinity: Original Sin 2.”

Larian wants Baldur’s Gate 3 “an epic adventure that subverts the binary morality found in many RPGs,” and offering choices beyond the usual good and evil is a big part of it. As you’ll see in our Baldur’s Gate 3 gameplay preview, Larian’s off to a promising start, and you’ll be able to see the early parts for yourself when the game enters early access in a handful of months.

The Baldur’s Gate 3 release date is still set for some indeterminate point in the future, but for now you can follow that link for everything we know about the game so far. Larian plans to run a Reddit AMA to answer some of your questions on March 12.