It started with an iron shortage. The most dramatic and memorable D&D story ever told on PC began with the sort of regional news you might skip over in the newspaper.

But via a handful of encounters with a meddling wizard named Elminster, and an unfortunate personal connection to the god of murder, Baldur’s Gate and its sequel built to become perhaps the most celebrated fantasy epic in RPG history.

The rise of 3D brought change to the genre, leaving Baldur’s Gate largely undisputed as the definitive party-based D&D experience. And so when somebody like Brian Fargo suggests that a Baldur’s Gate 3 might be in development – but won’t tell us where – gamers of a certain age tend to lose it faster than Minsc in a pet shop.

We gathered a party of classic RPG developers to tell us why Baldur’s Gate 3 still feels like such a big deal – and to peek into the bag of holding at a couple of the cancelled Baldur’s Gate 3s they’ve worked on before.

“It was a bit of a wasteland,” Chris Avellone tells us. Interplay had made a mark with its own Wasteland in 1988, but ten years on the market was suffering from a dearth of strong RPGs. At the time, with Planescape: Torment still ahead of him, Avellone had been working as a designer on games with names you won’t remember. 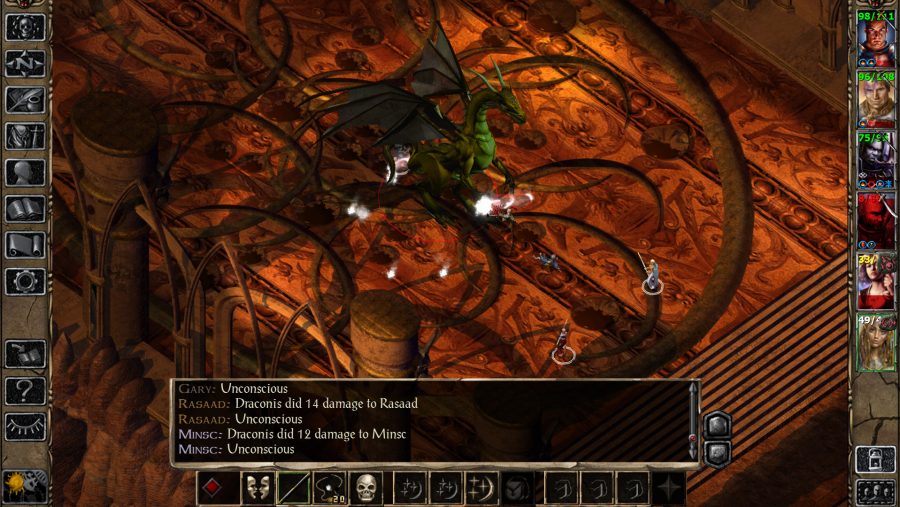 The odd fusion of RPG and real-time tactics that a small team of Canadians had brought to producer Feargus Urquhart had obvious promise, he thought, but it was one of many irons in the fire – to use a Baldur’s Gate appropriate metaphor. Interplay had the Dungeons & Dragons licence, and the publisher’s newly-named Black Isle division was determined to make the most of it.

Back then you didn’t think in blockbusters

“Our focus was really just working on RPGs, and Baldur’s Gate was an important part of that,” Urquhart says. “But back then as producers, we were making a lot of games, and you didn’t think in blockbusters.”

“I certainly didn’t,” Obsidian co-founder Chris Parker adds. “We didn’t have huge budgets, so if you made a game that rated well, people were going to make money and that was really all you were doing.”

Baldur’s Gate was a blockbuster, however – ultimately earning ten times Interplay’s internal sales targets, surpassing all reasonable expectations just as Fallout had done a year earlier. “Fallout threw the ball up in the air,” Urquhart explains. “Then Baldur’s Gate grabbed it and put it in the basket.” 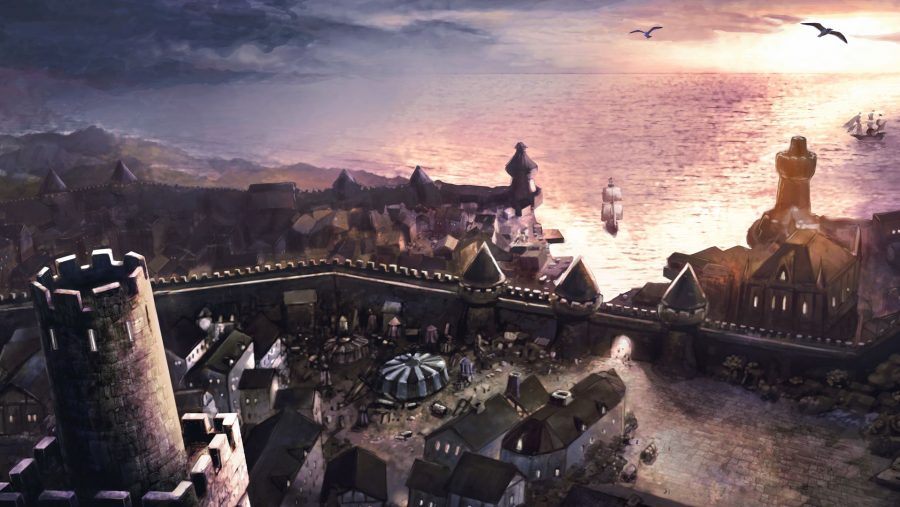 The game was the making of BioWare, which worked on a sequel alongside Black Isle, doubling down on the real-time tactical combat and companions who, in Avellone’s words, “felt like your friends, rivals, and even your conscience.” The studio swapped the first game’s stitched-together open world for a set of dense and deeply curated areas, laying the groundwork for Dragon Age and The Witcher.

“I’ve always considered Baldur’s Gate and BioWare’s Infinity Engine as the reason we kept Black Isle running as long as we did,” Avellone says. “Since we didn’t have an internal game engine at the studio to use for our own products, unfortunately, we had to rely on other studio’s tech to create our titles. It allowed us to make Planescape: Torment and the Icewind Dale series, so I’m thankful for that.”

BioWare’s take on D&D had always been rooted in the tabletop – companions like Minsc and Boo stemming from long-running campaigns that predated Baldur’s Gate – and that commitment to translating the game to PC eventually led it to the multiplayer-focused Neverwinter Nights. But Black Isle still saw the value in a largely single-player Forgotten Realms experience.

“I grew up playing D&D, and one thing I personally didn’t have as a young adult was the time and opportunity to keep doing that,” Parker says. “Baldur’s Gate, for me, delivered on the promise of that sort of experience. 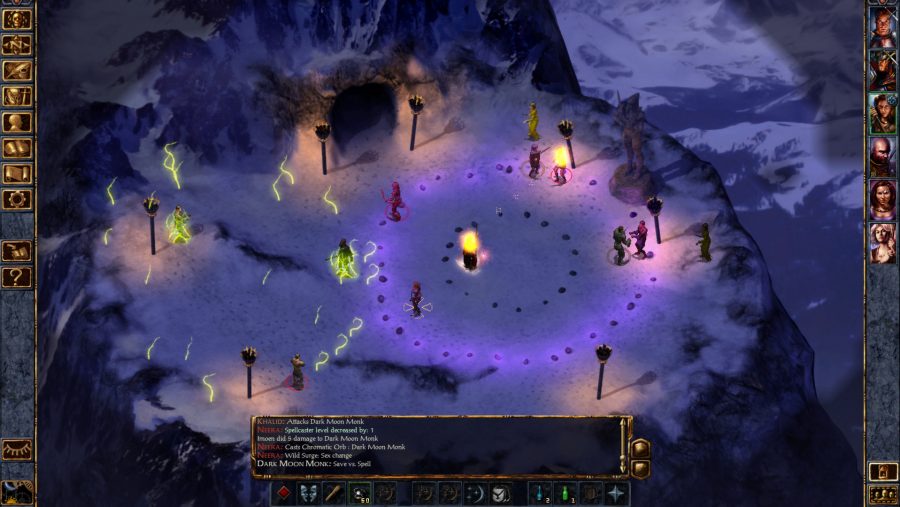 Black Isle just didn’t have the same focus BioWare did

And so work began on the first Baldur’s Gate 3, dubbed The Black Hound. Though grateful to its years of service, Black Isle had recognised that the Infinity Engine was getting long in the tooth. The Black Hound would run on a 3D engine that could similarly represent an isometric fantasy world, but give the team the flexibility to turn the camera, or zoom right in for a cutscene.

“It didn’t share much in common with the original franchise,” Avellone says. “It was difficult to get as excited about it. I was worried its disconnect in terms of story, the antagonist and premise, the companions, gameplay, and even the priorities – they were all different than Baldur’s Gate itself. I was worried it would be off-putting to players expecting a return to the original series.”

“Originally it wasn’t really going to be Baldur’s Gate 3,” Parker recalls. “It was deemed to become a Baldur’s Gate 3 eventually, but really we just wanted to make a really cool 3D Dungeons & Dragons game. That’s what we worked on right up until we lost the D&D licence.”

Parker worked on The Black Hound for a year and a half before it was cancelled. For Avellone, the loss was demoralising, and he resigned soon afterwards. 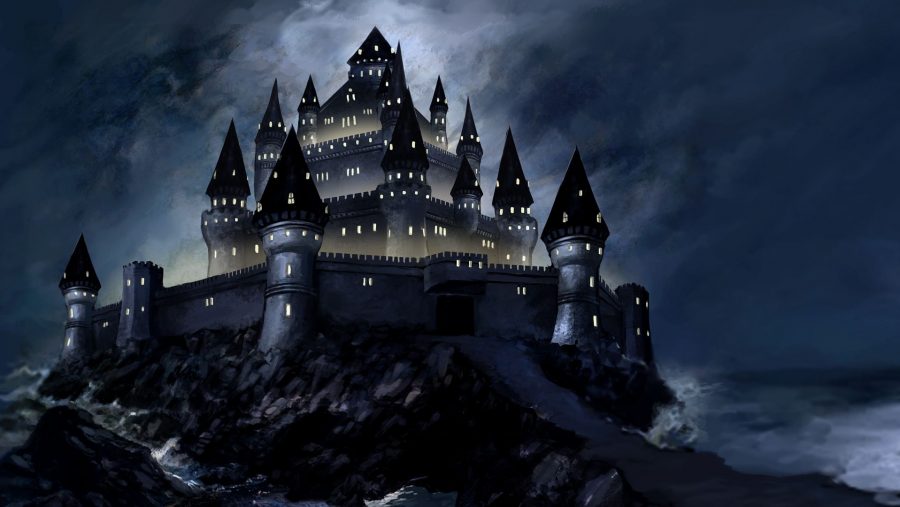 “It felt as if any more work we did on RPGs had the same chance of getting cancelled, no matter how hard we worked on it,” he says. “But I didn’t mourn the loss of the engine, and I didn’t mourn the loss of the design content, narrative and otherwise. I didn’t think it would have measured up to what made the original Baldur’s Gate special, unfortunately – Black Isle just didn’t have the same focus BioWare did or the same ‘heart’ for the series.”

After the studio’s closure, the series lay dormant for many years – until ten years ago, when Obsidian – Black Isle’s own Bhaalspawn – gave Urquhart, Parker, and Avellone another crack at the licence.

The team had settled on the idea of a third-person, party-based RPG. In some ways it would have been reminiscent of Mass Effect, forefronting your relationship with its characters and companions, but wouldn’t have been mission-based. 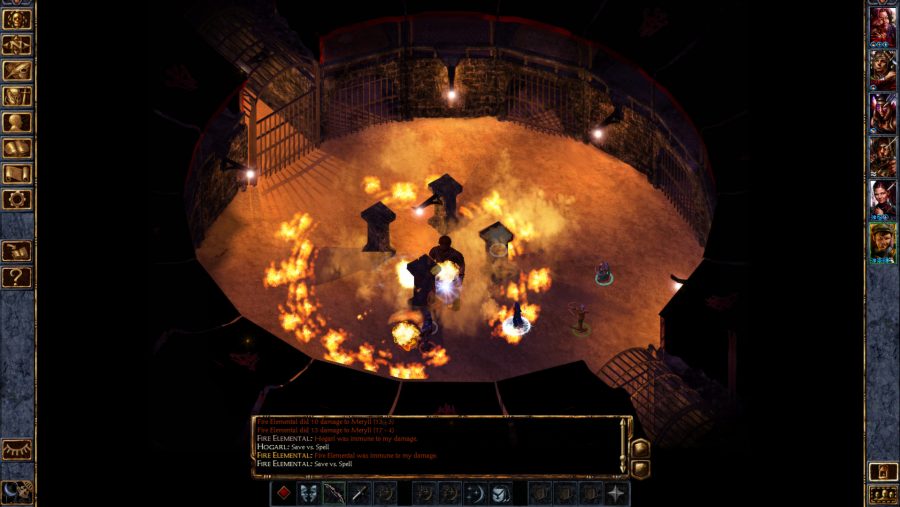 “A key part of Baldur’s Gate is the sense of exploration,” Urquhart says. “The Forgotten Realms has all these cool places you can go to, and you can’t just create one 1000 square km open world. We were looking at the idea of having fairly large areas, but not one contiguous area, so that we could show these iconic, new, or interesting parts of the Forgotten Realms.”

But the deal fell apart when Atari Europe was sold to Namco Bandai. Once again, Baldur’s Gate 3 had been taken away from the team that wanted to make it.

Others have come close since. Just as the god of murder left behind a score of mortal progeny in the events of Baldur’s Gate, BioWare and Black Isle have spawned a host of worthy successors. Most notably Beamdog, the studio of BioWare co-founder Trent Oster, which has spent the past few years building close ties with D&D publisher Wizards of the Coast. Oster’s team has put together the Enhanced Editions of both Baldur’s Gate games, as well as a full-blown expansion to link the two, named Siege of Dragonspear.

A Beamdog-made Baldur’s Gate 3, using the Infinity Engine its team has sunk so much time into resurrecting, seems the most sensible take on Fargo’s tweet. Yet Oster told us in no uncertain terms that Beamdog is not working on it. 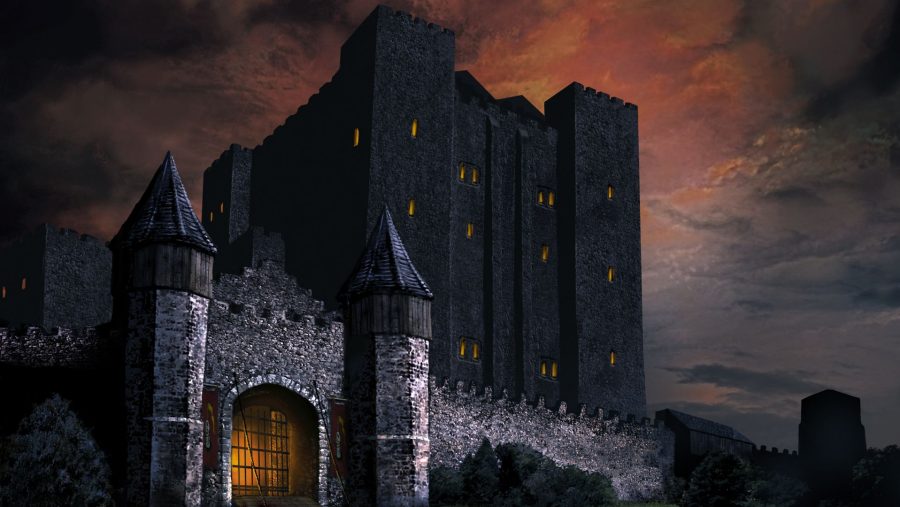 You could argue that Obsidian already got there, pitching Pillars of Eternity partly on the promise of a spiritual successor to Baldur’s Gate. Avellone however, who worked on two of Pillars’ companions, believes the team failed to recapture the charm.

“It hit me when I got involved with the Enhanced Editions, because they reminded me of the companion design of the original game, and made me realise that following a formula had taken Obsidian largely off the beaten path,” he says. “The Pillars 1 companions, with the possible exception of Eder, just didn’t carry the same punch as the Baldur’s Gate crew.”

Avellone left Obsidian in 2015, however, and the co-founders that remain still see promise in the maps and character sheets of the sequel they planned a decade ago.

“I think a lot of the ideas we had were good,” Urquhart says. “Games have moved on since then, but I still think there’s that core of having a group of companions, because that feels D&D. We’d probably build off ideas that we’re working on internally right now on another game. You’re putting people in this D&D world – so what are all the tools, technology, and know-how that we have that would let us push that even farther and put people into that world even more?” 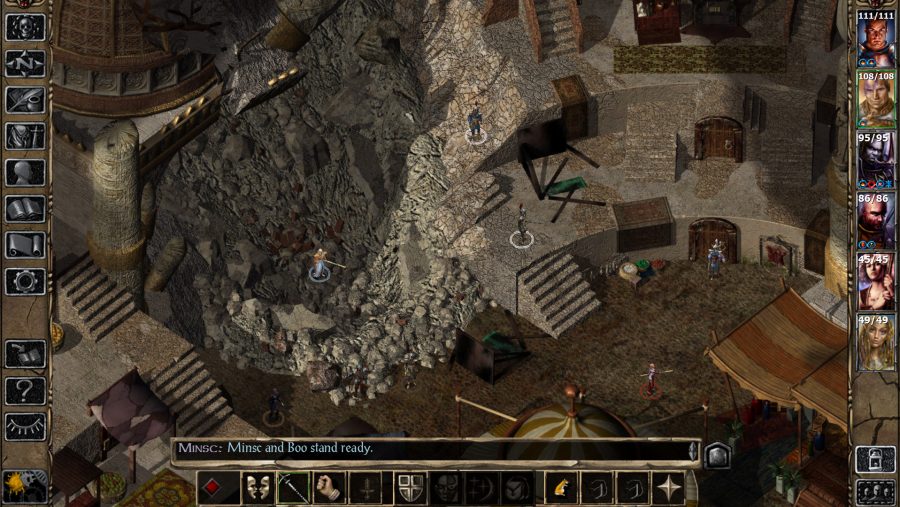 I’m proud of Neverwinter Nights 2, but Baldur’s Gate 2 is the granddaddy

Asked how he’d tackle it, Parker falls into silence – he’s already thinking through the logistics. “In order to have strategy, tactics, and a party, we would probably want the camera to chase behind the player,” he muses, eventually. “So you could see yourself and have a spatial awareness of your party around you for tactics.”

Avellone’s ideal Baldur’s Gate 3, by contrast, would keep the isometric perspective. “At least for the first installment, only because I think there was an incredible amount of beauty in the isometric view of Baldur’s Gate and Icewind Dale. in some locations, it was like you were travelling across a painting.”

All agree that there are plenty of stories still to tell under the Baldur’s Gate name. “We made Neverwinter Nights 2 and I’m incredibly proud of it, but if you even ask me what the granddaddy of D&D games is, the answer is Baldur’s Gate 2,” Urquhart says. “I think that’s what adds to this sense of hope and excitement that people have when they hear about it.”