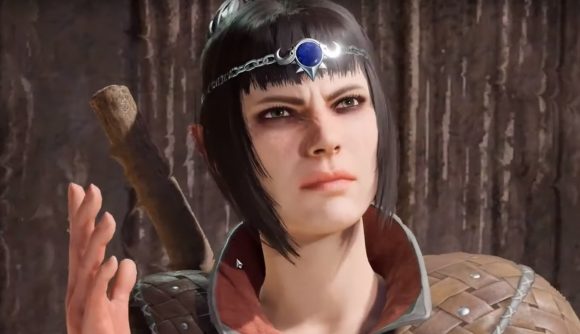 Baldur’s Gate 3 hit Early Access earlier this month, and players immediately got stuck into its fantasy roleplaying. A huge part of any roleplaying game is, obviously, creating a character. Developer Larian Studios recently noted that you were all making really boring Baldur’s Gate 3 characters, but it looks like a raft of new varieties are on the way, as modders have now begun adding even more options.

If you were looking for a crossover between two of the best RPG games, then NellsRelo has made the mod for you. They have painstakingly added races from The Elder Scrolls series to Baldur’s Gate 3, allowing you to recreate your favourite Redguard, Nibenean, or Bosmer character in the Dungeons & Dragons game.

It all comes from a setting sourcebook that the modder also created, which put the rules of D&D fifth edition into the Elder Scrolls universe. The release of Baldur’s Gate 3 led them to adapt the 210-page tome into a mod to add some of the Elder Scrolls’ most iconic races to the game.

The mod, called an Adventurer’s Guide to Tamriel, currently includes five human races and ten elven races. For humans, you can play as a Nord, Breton, Redguard, Colovian (Cyrodiil), or Nibenese (Cyrodiil). Once the mod is installed, you’ll be able to select them in the character creation screen as subraces under the broader “Tamrielic Human” category.

On the elven side of things, there are even more options. You’ll be able to choose from Altmer, Bosmer, Dunmer, or Orsimer. However, there are further subraces within these elven races. You can choose to create a Wood Orsimer or an Iron Orsimer, and there’s a diverse selection of Dunmer subraces to choose from, including Hlaadu, Redoran, Telvanni, Indoril, and Dres.

NellsRelo explains that further races, especially beast races, will be difficult – and some nigh impossible – to create currently. On the mod page, they explain that these races “will likely not be supported until assets are available to represent them”.

However, as a glimmer of hope for all you cat-lovers out there, they say that a couple of Khajiit subraces may be possible to create in a future update. In the meantime, why not check out some of the best Skyrim mods?