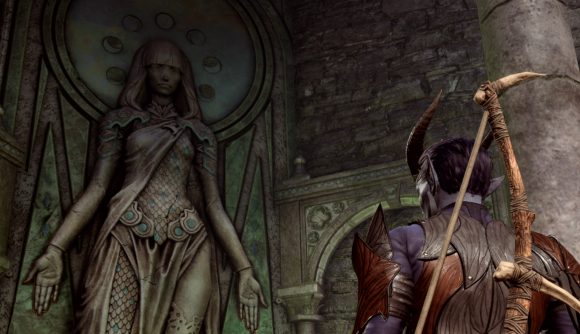 Like many others, I’ve been waiting to dive into Baldur’s Gate 3 until the D&D game emerges from Early Access. But in the meantime, I’ve been enjoying developer Larian’s patch notes for the game, where even the tiniest hotfixes are typically delivered in extremely entertaining ways. After the end of the electric slide, we’re now getting some void removal.

“This week, we answer the question of ‘who stole the sky?’ The answer may surprise you, in that the Shattered Sanctum apparently did it,” the devs explain in the Hotfix 19 announcement. “This isn’t quite a Clue-level mystery, but those precious clouds have at last been returned in this specific case. Let’s hope nobody else attempts to captain-planet-villain away our beautiful clouds for the foreseeable future.”

So yes, an error which previously replaced the sky in the main menu with a featureless void has now been corrected. You’ll also find that folks at Duergar Camp are “no longer trapped in an infinite dialogue loop about explosive powder”.

There are also a handful of fixes for crashes and interface issues, but those are hardly fun to recount.

The Baldur’s Gate 3 release date is still set for “when it’s ready”. For more RPG games to check out in the meantime, you can follow that link.