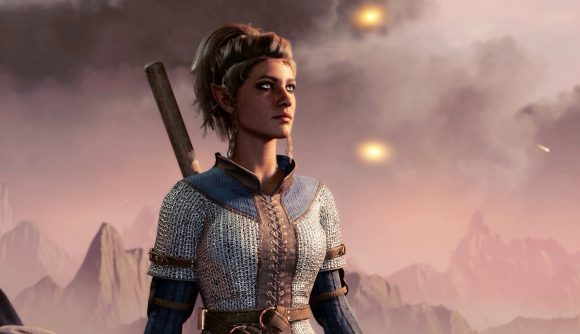 Larian Studios has set Baldur’s Gate 3 upon the world in Early Access. So it goes with games that haven’t hit the 1.0 build yet, there are issues to fix and bugs to squash. One of the more prominent complaints among players so far is that multiplayer isn’t working.

Larian is aware, and a hotfix is “on the way”. The developer posted on Steam that the team is “currently investigating the issues and working on a fix”. In the meantime, though, the dev does have some workarounds that ought to help you out in the interim.

The developer says that switching the game to DX11 instead of Vulkan might help. You can do that by clicking on the icon next to ‘play game’ on the launcher. While in multiplayer, you should also avoid saving the game during cinematics and listening to any conversation in co-op that has already ended. It’s also noted that leaving the tutorial level by activating the transponder at the helm while you’re downed in combat causes the game to crash.

“This is the start of the Early Access journey and we are hugely appreciative of those who have so far provided feedback,” the developer says. “Please continue to do so. Several of the issues mentioned are in the progress of being fixed and we’ll try to release a hotfix as soon as possible. This feedback from so many people is extremely important to us, and we appreciate your patience.”

On the bright side though, the new PC game has got off to a great start. Larian boss Swen Vincke says Baldur’s Gate 3 early access sales “are insane”.

If you’re on the fence on this one, we have a Baldur’s Gate 3 impressions piece up to help sway you. We reckon it’s quite good, basically. If you’ve already bought in, then our Baldur’s Gate 3 classes and Baldur’s Gate 3 races guides might be of some help.