Larian’s latest Panel from Hell has come and gone, and boy was it a trip. In addition to more LARPing shenanigans than we ever could’ve expected, we got a whole lot of details on what’s coming in Baldur’s Gate 3 Patch 5. This will be a patch that’s pretty light on new content (meaning no new D&D classes), but there are a pile of new features and quality-of-life improvements to enjoy this time around. The update launches on Tuesday, July 13.

There’s a new interface for skill checks that lets you take a more active role in your, er, rolls. It’ll give you an easy way to see your bonuses on each check, cast beneficial spells to give you an appropriate buff, or spend inspiration points on rerolls.

You’ll be able to choose a background for yourself, which will give you new goals to complete related to your backstory. There will be 130 of them in the game, and playing them will grant you bonuses like additional inspiration points (which are now capped at four – additional points past the cap will grant bonus experience).

You can now disarm enemies, and this system has some additional effects, like allowing NPCs to throw their weapons at you or pick up new arms off the ground. More broadly, combat AI is getting tuned for both enemies and allies, so you can expect better decisions on both sides of the field.

Camps will now visually match where you’ve gone to take a rest, so if you rest in a crypt, your party will actually appear in a crypt with a location-appropriate mini camp. The devs say this took a lot of extra work to ensure cutscenes would still play properly in the new setting, but you should now get to see your party enjoying their rest in appropriate locations. 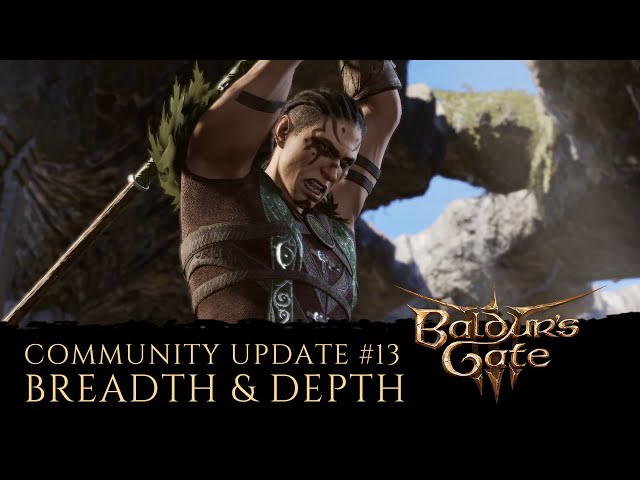 There’s now substantial differentiation between short rests and long rests. You’ll have to spend food to keep your party fed for a long rest to actually enjoy the full healing benefits of the rest. This is described as an ‘experimental’ feature for Early Access that may not make it to the final game.

Concentration is now tracked, so you can break it. You can now knock enemies unconscious. Characters will now speak when you point and click on something, just as in the old games. While there’s not a lot of new story content this time around, there is some – like the option to free Shadowheart, as well as some new camp cutscenes.

Patch 5 launches on July 13, and the devs note that Patch 6 is coming “faster than you think”. For more RPG games, you can follow that link.