The long-anticipated Baldur’s Gate 3 was officially announced last year, and Divinity: Original Sin developer Larian Studios is at the helm. It’s been 20 years since Baldur’s Gate 2 was released, so fans are more than ready to step back into the Forgotten Realms. We’ve been eagerly waiting for more info on the D&D based RPG, and thanks to a full gameplay demo and opening cinematic reveal at PAX East, plus a second gameplay demo at D&D Live, we’ve got a lot more indication as to what lies in store for us when the Baldur’s Gate 3 release date eventually arrives.

We got a good look at some Baldur’s Gate 3 gameplay ourselves – and now we have even more insight about the game’s plot, combat, and some of the companions we’ll meet on our journey.

To save you trawling the net for info, we’ve compiled everything we know into one handy guide, which we’ll be sure to keep updated with the latest news from the Sword Coast. Here’s everything we know about Baldur’s Gate 3, from the rough release window to what you can expect from its character creator, combat, and, er, romance options. And before you go, you can click here to play Neverwinter for free, or check our guides to the best MMOs and the best Dungeons and Dragons games.

The preliminary Early Access Baldur’s Gate 3 release date is October 6, 2020 – it’s a week later than previously advertised, due to ‘unexpected delays’ and ‘stability issues’. During the Panel from Hell livestream August 18, Larian founder Swen Vincke said the early access version will not be a finished product, but it will have “plenty of fun to be had” when it first becomes available.

This didn’t come entirely as a surprise, as Google mentioned the game in their roundup of titles coming to Stadia in 2020. Larian said its inclusion was a mistake, but didn’t deny its upcoming release – so far, they’ve confirmed Baldur’s Gate 3 will launch on PC and Stadia.

The Baldur’s Gate 3 opening cinematic was revealed at PAX East, and sets the stage for the story of the game. A betentacled mind flayer plucks a squirming tadpole from his pool of brine and brings it to a captive Githyanki – who we know is Lae’zel, a potential player character or companion. The wormlike creature slithers up her cheek, opens its leechy mouth wide and slides over and behind her eyeball – shudder. As if that’s not bad enough, the mind flayer then approaches the camera with another psychic grub, forces us to turn and face him, and lets the tadpole sink its teeth into our eye cavity.

The mind flayer then ascends into the cockpit of his ship, which is itself adorned with writhing squidlike limbs. He pilots the dancing Nautiloid over a city and, via telekinesis, uses one of the ship’s tentacles to demolish a spire, bringing it crashing down. The tentacles thrash out at the fleeing citizens, evaporating them on contact and transporting them instantly into the containment chambers within the ship. Our evil octopus overlord is interrupted, though, as a portal opens in the sky and three red dragons and their Githyanki riders emerge in pursuit. Though the Nautiloid teleports through realms in an attempt to escape, the dragon riders follow, eventually managing to damage the hull of the ship and incinerate the brine pool full of worms. Good riddance. 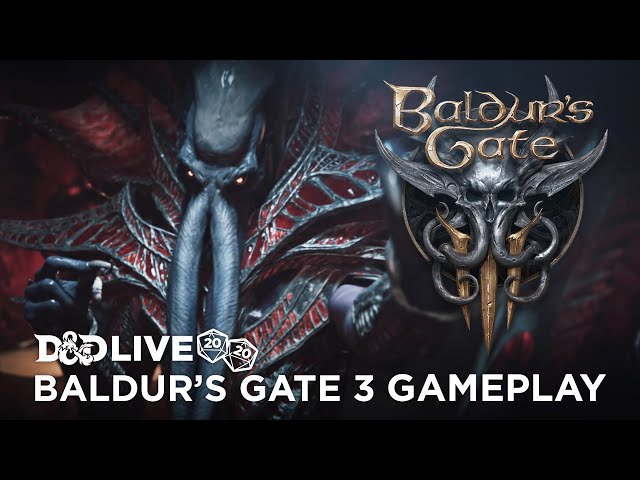 We’ve seen a substantial amount of gameplay ahead of Baldur’s Gate 3’s release. There was a lengthy gameplay demo at PAX East in February 2020, which answered one of our most pressing questions: yes, the camera angle can be either in third person mode, or zoomed out at will into the classic isometric view – hopefully this satisfies fans in both camps.

The second Baldur’s Gate 3 gameplay demo, showcased at D&D Live in June 2020, gave us a little more insight on what exactly that worm in our protagonist’s head can do for – or to – us. Alongside the conversation options that make use of our deception, intimidation and persuasion, because we’ve been ‘Tadpoled’ we can claim to be a ‘True Soul’ to get NPCs to do our bidding. However, whenever we invoke this benefit, we ‘feel that something is being taken away from [us]’. Spooky. Whether we’re losing a little piece of our soul, our will to resist, or just our integrity, it’s probably not worth it for a discount on a cool pair of shoes. Depending on the shoes.

We also now know that Baldur’s Gate 3 will have fast travel, using Waypoint Shrines, usable when you’re not in immediate danger. 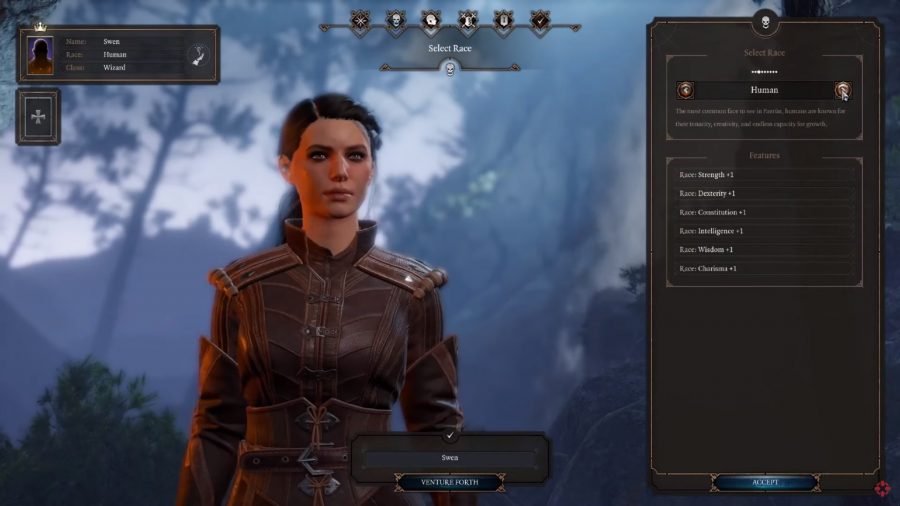 We didn’t get to see any cosmetic options in the gameplay demo, but we do know we’ll be able to create our own character or choose one of the potential companions to play as. We’ll have the following races available to us in Early Access (with more to come later): 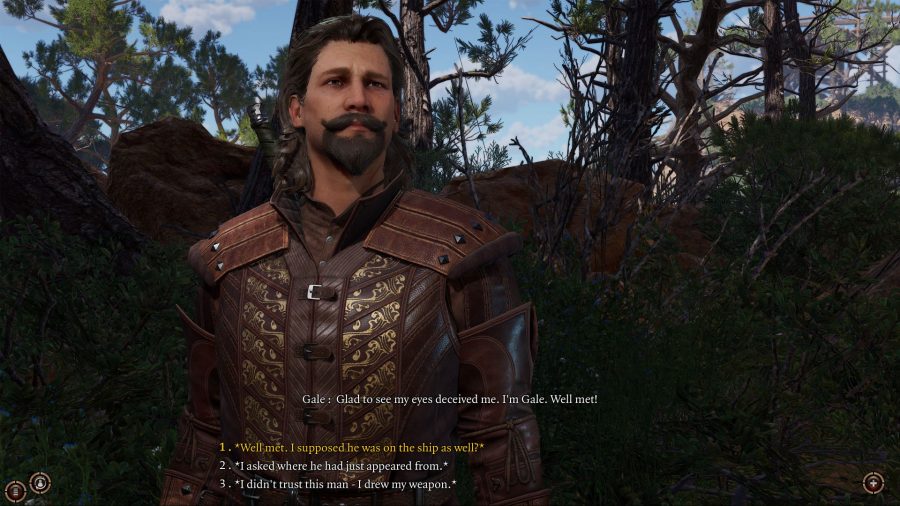 We saw a handful of companions in the gameplay reveal, and in the character creation screen we had the option of choosing one of them as our main character. These aren’t all the companions coming to Baldur’s Gate 3 – but the rest remain secret for now. Here are all the Baldur’s Gate 3 companions revealed so far:

The gameplay demo explains that we’ll see a lot of companion interaction happening in the camp we set up nightly – including ‘relationship building’. Mhm. Romance aficionados – please never refer to yourselves as such – will be pleased to hear that theoretically, all of your companions will be boinkable. 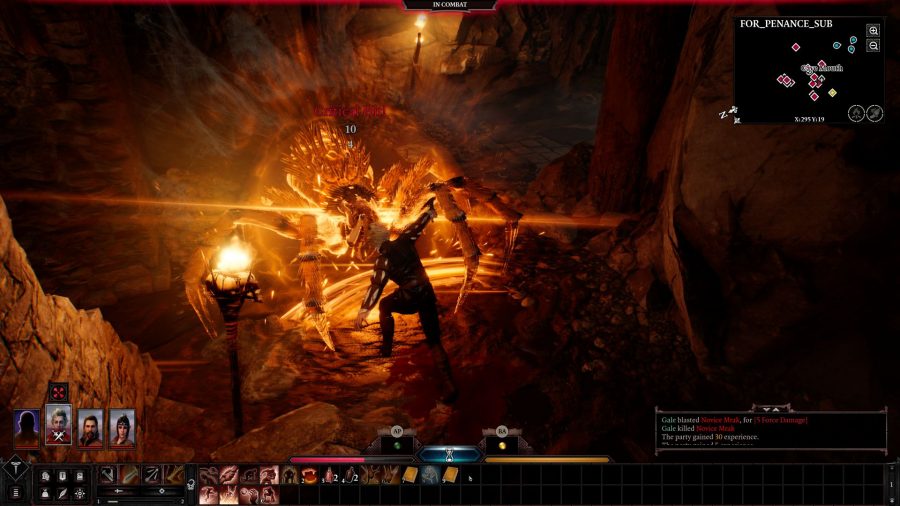 We saw a substantial amount of combat in the gameplay reveal – unsurprisingly, it’s based on Dungeons and Dragons, with all the cantrips and saving throws you’d expect. The combat difficulty seemed unforgiving – the first enemy encounter, against a handful of ambulatory brains (intellect devourers), resulted in a team wipe. However, creative director Swen Vincke does say combat hasn’t been properly balanced yet, so we might not be exposed to this level of punishment on release.

While the combat looks in many ways similar to Divinity: Original Sin II, it’s got far more tools in its kit. You’ll start a fight by rolling initiative, and then your team and theirs take turns until a victor emerges. There are several options available to you on your turn, including throwing your shoes at them, summoning a mage hand to shove them off a ledge, or casting featherfall on yourself and jumping from above onto their heads.

Outside of battle you can enter turn-based mode whenever you want, allowing you to control specifically how and when you enter combat. You’ll also be able to hover over the combat log to peek behind the curtain at the dice rolls that determined your damage; you’ll see a to-hit percentage chance every time you line up an enemy. 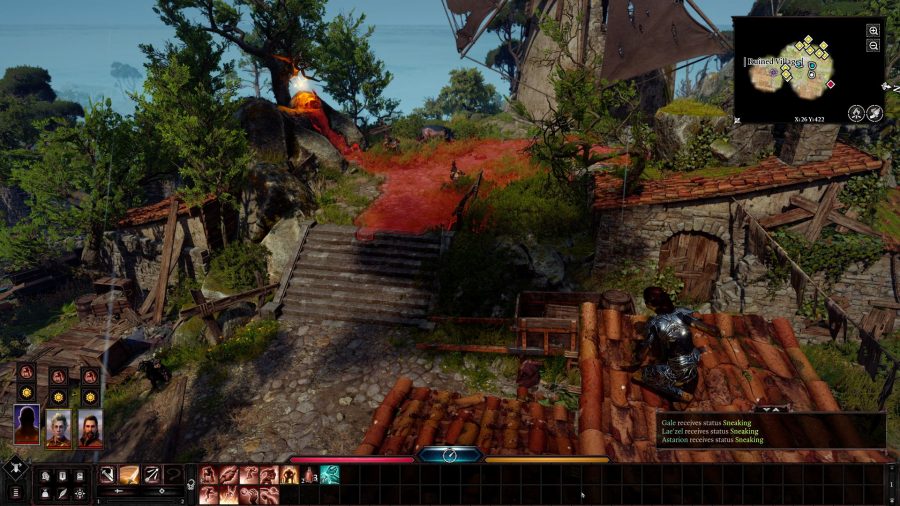 Unlike D:OS II, sneaking doesn’t involve you shuffling bashfully about inside a fake bush or barrel – there’s a much more sophisticated system in place. When you sneak, the likelihood of you being discovered depends on your environment. Crawling about in broad daylight means you’ll be seen instantly, but if you’re skulking in the shadows you’ll have to roll a stealth check for a chance to stay concealed. Even better, you can snuff out the sconces and slink around in the dark – you’ll be nigh impossible to detect.

If the dice rolls are unkind and you are slain, you’ll enter a downed state, where you make a saving throw every turn. If you succeed three times you’ll be stabilised, but fail three times and you’ll be shunted off the mortal coil. While you’re on the ground fighting for your life, you’re still vulnerable to attack; if your HP reaches a lower limit of negative your max hp, that’s curtains for you. 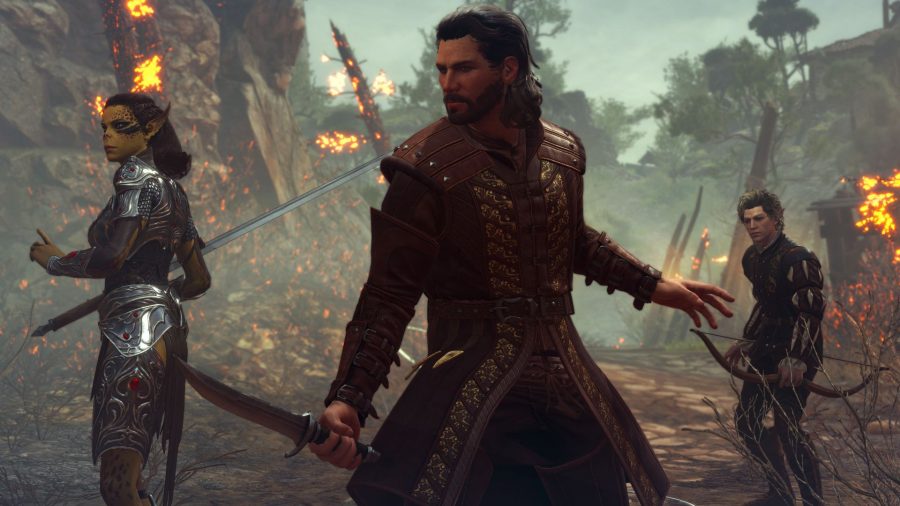 Larian has decided to let us party together in Baldur’s Gate 3, in a similar vein to the multiplayer options in Divinity: Original Sin. Baldur’s Gate 3 co-op is confirmed, in the form of split screen co-op and online multiplayer, but we still don’t know if dungeon master mode will be included.

During the D&D Live gameplay demo, we saw how party members can be in completely different spots in the world, simultaneously accomplishing tasks – meaning you can be engaged in all kinds of secret shenanigans in cooperative multiplayer as the rest of your party adventure without you.

The minimum requirements for Baldur’s Gate 3 on PC are as follows:

That’s everything we know so far about the long awaited Baldur’s Gate 3 – but we’ll be sure to update you with the all latest discoveries. In the meantime, the best RPGs on PC are sure to keep you occupied – or maybe you should hone your tactical mastery with one of the best strategy games so you stand a chance against those evil little brain creatures.